You are here: Home › Waiting For Santa Claus
By Veronica Hallissey on December 12, 2011 in Poetry 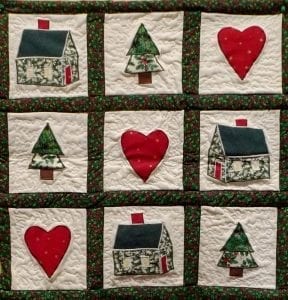 The bare floor of the landing,
midway to the top of the stairs.
began to bite her knees and she grew weary.
Her chin pressed the ledge of the frozen window
where her breath left a misty hole.
Her eyes followed the range of the stars,
afraid, afraid of missing the sainted friend
who would deliver her heart’s desires.
Her vigil continued and
the night grew weary of itself.
The house slept under the weight
of the wonderless slumbering within
and its old bones creaked with fatigue.
She did not move and
her  eight years spoke her eight millennia.
The promise was not for now but of forever.
Erstwhile urchin, never blended the phases
of  the child’s dreams, but the boiling
of  the witch’s brew to drink
from  the cauldron of life’s ironies.
It was the story written of the night
in  which a million stars stole the night.
She long remembered the banishment
and  in her vigil she would have
reclaimed  the homestead.
It was not to be.    But in its stead,
the  morning fir stood and the lights
reflected  the stars which distilled
their  radiance in the eyes of the child.
Not for long was the long wait.
She claimed her right as a child of the night
and  gift wrapped was her life.

A Life Worthy
An Offering

2 Responses to Waiting For Santa Claus