You are here: Home › Choice Goods
By Veronica Hallissey on February 16, 2015 in Essays 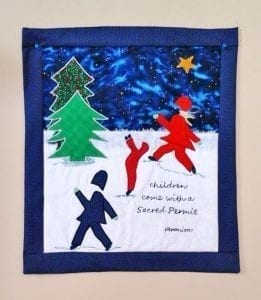 I would like to live long enough to see the children who are born with more than the usual five senses come out of the closet of mind so they will be asked what they see, hear, think and what they remember.   And be looked upon as someone highly gifted and of high caliber.   And there will be a time when being however different will be accepted and not something to be shucked away as an embarrassment.

It generally happens at a family gathering when a younger participates innocently in the conversation by announcing that they met  Uncle David or Aunt Susie  before they were born and proceeds to describe them accurately.   Silence follows this revelation and someone hurriedly changes the topic.   Again the embarrassment is not lost on the younger.

To be held up as an example of ridicule from the time one becomes a subject of reason is not easy.   To need to monitor oneself from the time of kindergarten, always told to watch what one says destroys any spontaneity.   To be different than one’s siblings already puts the different child on the outside looking in.  The isolation of such a one is abhorrent.

We in the western world have a history of brutal force used to show what dancing with spirits was all about.   In this country we have a sordid past from the time in Salem, Massachusetts which is still alive in many, many people.   They make circles with their fingers in the air when showing their unmerciful disdain for those who walk with one foot in other worlds.   Their palpable fear is employed dramatically in the removal of those who harbor any form of uncommon thought.   The devil for them is at their heels when one of these uncommon differences happens in their family. They become stone faced and do not stop at whatever means necessary to remove the offending behavior or even the person.

With a hundred billion planets floating about, how long will it take for people to yield to the fact that intelligence also lives on a planet or two or maybe all surrounding us?   That maybe we can exchange hello’s, just maybe?  And perhaps those about who have more than the usual five senses and whose heads and hearts are open to unknown worlds may teach us something?

We ask the question when a beloved hovers near their final breath and we hope there is a something beyond.   We should have been researching the first question which was from where do we come?  Even in the Nag Hammadi texts Jesus is asked by a disciple where it is we go when we die and he answered why worry where you go when you never asked from where you come.  A bit slow we are it seems.

Look to the child who asks the why’s and has invisible friends as he plays on the floor with his legos.   Or the daughter who serves tea to her dolls with significant names and converses with them in grown up language.  Children come with a sacred permit.  These children are choice goods.   They will one day create the world we hoped we would inherit.   They deserve our support.

And it is our sacred obligation to do so.

You Washed The World
Life Everlasting