You are here: Home › Not In My Understanding. . . Orphans All
By Veronica Hallissey on July 31, 2015 in Essays, Poetry 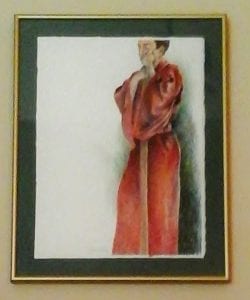 It was not in my understanding that the New Testament scripture so often quoted ‘ suffer little children and forbid them not,  to come unto me for of such is the kingdom of heaven’ that the children would never grow up.  If what was meant was innocence and wondrous awe I could believe.  But what I have seen is that the child in the adult body refuses to grow up and the errors propounded causes suffering.  One sees the results of children having children all over the media whether one reads or watches.  The Nazarene no doubt thought there would be sufficient inclination to want to mature and understand life’s purposes and primarily its responsibilities since he introduced the Father God concept as familial as opposed to the unmerciful Old Testament God.   In this way, evolution would have taken its course and mankind would be progressing and peace on earth would be possible and not a hopeless venture.   To be a seventy year old human being and called cute or boyish is not charming.   It is a death knell for evolution and a hopeless prayer for peace on earth.  It saddens me to think that what I wrote over thirty years ago is more true today than ever before.  Please read the poem,  Orphans All. . . .

Naked and alone we stand
even when we are covered,
when we are shoulder to shoulder
and cannot extricate ourselves
to find an inch of breathing space.

In the bosom of this family
we hang tight to our sources
of strength we think,
those who have borne us,
who have nurtured the very psyches
which hurt and who have
cut us down to size they say,
for our very own good.
Now they stand aside and wonder
why we do not succeed.

The child clings he thinks
to the wisdom of the ages
but in a moment of truth
shudders at what he will become.
Still nursing the child ego at seventy
reveals the lifelong buried fears.
But when the father cannot father
because his father could not father
because his father could not father,
the child remains an orphan forever,
unless driven to understanding the error.

The mother cannot mother
because her mother could not mother,
ad infinitum; herself remaining the child.
The world fills with androgynous children
silently afflicted with doubt assailing
their conflicting roles.

In search of immortality
which advancing age decrees
and the grave beckons, the ego insists
there is time enough to make a difference
for the world to long remember
but our progeny insists their time is now.
Father did,  the child does better.
Mother did,  the child exceeds.
It is called evolution.

which keeps man whole and holy.