You are here: Home › From Whence Cometh My Strength
By Veronica Hallissey on August 23, 2015 in Essays 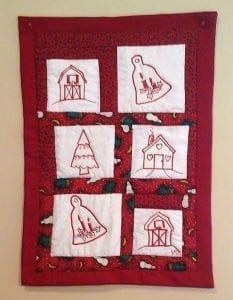 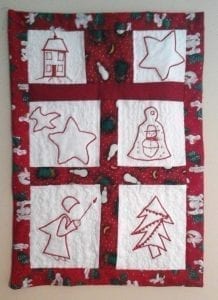 Much comes to mind when I read Jon Katz’ s blog http://BedlamFarm.com which is a favorite. His problems I can relate to because my most formative years were on The Farm.   When I write my memory is always sitting in some farmplace.   His blog by guest writer Carol Gulley on My Farmer and Me took me back again with her words about how it really is with farmers.

How it was before we really knew how to farm and what it was like rising every morning in a freezing house and getting dressed around the stove pipe which went up through a corner of my sister’s and my bedroom before going into the chimney. How it was before the bathroom was put in because other matters in the barns where our living was made before we could think about improvements in the house. The animals, the cows needed to be milked twice a day and the horses needed tending and the chickens needed to be fed and the pigs needed their nourishment.   My brothers and my sister and I were new to farming, but our mother made the decision to get us out of the city so that we could breathe fresh air.   My father had lung problems from working in the chemical plants and he knew he could make a living on a farm.   But he over estimated his abilities. His inability to understand nutritional needs of plants and animals made for arguments every day.   His memories of farming in the old country were not what our farm demanded.   What we demanded of our land to sustain our large family was not what the quality of soil originally could do. That it did in the long run was due to the perseverance of my mother (who I often said would have been able to run the auto companies without having to go to the government for bail out monies) and my brothers.   They learned what the land needed to produce and what the vegetables and fruit trees and the cows needed for optimum production.   It was not an easy way to live and many times the argument came up to go back to the city.

Yet my best learning years were on The Farm, where I learned to love the land and my Earth planet was like wearing her as a second skin.   Memory told me of other times and places where I was able to flourish with a sensitive heart but also with an awakened mind.   Old city friends visited in their new clothes and polished cars.   And my mother gave them baskets of strawberries and crisp apples to take home.   I do not remember money being exchanged. My mother’s way was to pay it forward. My sister went to market with mother with fruit, vegetables and eggs and those years brought real money home.   It is not a way to live for the fainthearted. Much to my chagrin, I also learned to love heavy cream as a staple yet and missed it sorely during the years of marriage when budgeting to the penny was crucial.

Carol speaks true. Her words bring to mind many memories that were difficult for the teenager I was to live through. But living through those times helped me to grow in ways I could not imagine. Throughout my life I yearned for horizons where sky met my earth with no obstruction.   My eyes hungered for the places from ‘whence cometh my strength.’

(The Red works I have made is a deeply satisfying thing now for me to do.   I missed it completely during the years of parenting when it peaked. They are for sale. Contact me if you are interested. I use old wood patterns for my block designs.)

An Ever Fixed Mark
Kiss The Morning Into Being

One Response to From Whence Cometh My Strength