You are here: Home › On Being Different
By Veronica Hallissey on September 14, 2015 in Essays, Poetry 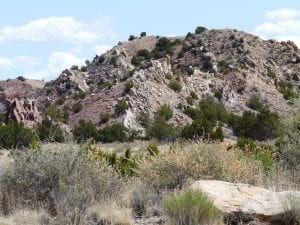 A recent journal entry on being different.

Take it this way.  To be different means you step out  from the crowd.  When you, as an example,  are different in your posing the question as well as answering with what it is you know and cannot see the difference, it is because the integrated material has long been in the chest.  You do not see yourself as different because these thoughts and conclusions have long been yours.  You see how they fit within the scope of others, primary as basic premises which have not gone any further.  It does not bother much except for kin whom you would like to accompany you and be companions on your journey.  But they like others, have to make the step up.

We give these thoughts for the blog.  Should you step away from those who march, you will be castigated.  But nothing can hurt the core of thought which has been your bulwark and has allowed you to age chronologically.  The fact that ongoing thought matures one readily and faster than the crowds who march, is not a factor to stop one’s growth.  A case in matter will be the fact that evolution means that the growth exhibited will be the potential for all.  If one can do the unthinkable and it is good, then the potential for the rest of mankind rises exponentially.   It is a good thing when thought outmaneuvers its opposition.  Because then we know that one can continue living and growing and mankind will then prosper with new thought.

It seems far fetched to the average person.  But it is not.  To do one thing outside the perimeter of what is common means a step up in man’s evolution.  It is a hard thing to be human, is it not?  It was once easier but too many factions now prevent man from trying out his courage which he would find is dependable.  We root for the different one.  We know how hard it is to step out from the ordinary and still live within the confines of Earth.  When the Master Jesus said that one can be in Earth but not of it means exactly that.  One can live here and be in it but need not necessarily accept all the dictum of mankind.  Those that are physically necessary we keep but the headwork is of personal desire.  We would like to give courage to those who aspire to do for others what in private one does for oneself.

It has been said with anger
that I set the bar too  high
for mere mortals to scale.

It was not for them
the bar was set but for me,
to rise as high as the immanent god

had deemed for me.
I could not know that
they would try to jump for me.

I was not the reason.
It was for them, you see,
for someone told them

they would never do it
and they believed.
I showed them though they could

and they surprised themselves.

Many Truths
Different Can Be Good

2 Responses to On Being Different