You are here: Home › Everything Teaches. . .
By Veronica Hallissey on February 23, 2016 in Essays 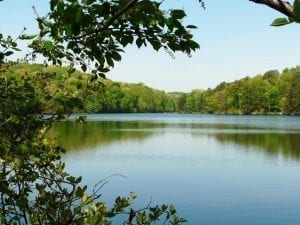 It was a muggy summer evening when a dear friend of many years and I went for a walk to catch up on our friendship.  It looked like it might rain that evening if  we were lucky.  So far it had been a dry month.  As we were passing her yard I said let us put the toys in the house in case it rains.  And she said what for because the children will be playing with them in the morning.  But I said,  it will ruin them if it rains all night.  So what she said, they’re only toys.   I said but they cost money and it was hard earned  money.  Don’t you respect the work you both did to be able to buy those toys?  She looked quizzically at me and asked what  was I saying.  I said when you respect the work that goes into earning the money to buy the toys,  you hope that the children or the grandchildren will take care of those toys because they appreciate the hard work you did that bought them.  She said she never thought of it that way.

It is true that we teach respect for property when we teach  respect for the person who worked to buy us material things.  Or what they work for and buy for themselves.  We do not vandalize nor cause damage of any kind.  We respect the person and respect the work done to buy things.  The items represent the individual and the work done and in caring for them perhaps we would become less of a throwaway society.   In the same breath there was a big lesson for me to learn.   The lesson was in the letting go when giving a gift.

My work in making the sweater in one case and in another a sweater being lost in the coatroom of the school was a difficult lesson to learn.  And no matter the hours going into the knitting of the garments,  in this case,  what I needed to learn was the letting go or my spirit would be wounded and nothing created ever again.  I learned that the pleasure for me was in the doing, in the creating.  And the final pleasure in the joy of the child in getting the gift from Grandma.  And in both cases worn proudly.  But the newness to the child wears off as the sun rises and becomes hotter in midday.  So the sweater is pulled off and in a fret tossed into the back seat of the van and in the latter case,  the loss was in the coatroom perhaps by another child who envied the garment or perhaps mistakenly thought it was his.  The lesson for me was in the release of the gift.  For once the gift is given,  it no longer was a responsibility nor worry of mine.  I had had its pleasure all the way from the anticipation to the creation and then to the recipient.  And there my release was complete.  To expect gratitude forever was unrealistic and would have strings attached.  That was not my wish.  A hard lesson to learn,  but it has stood me in good stead.

Also attached was a lesson learned well about children.  In our early years in social work when  summer camp was in session,  the end of each period brought revelations unbelievable.  The children would come to the barn where camp business was dispensed.  The end of the period would find the tables filled with towels and clothing and sneakers, with names either sewn  on them or in them.  This sneaker belongs to Joey Winner.  Not mine,  says Joey,  not mine.  But it has your name in it Joey.  Not mine he says,  not.  Where is the other one, someone asks.  Home, Joey says.  Then this is the other one.  Not mine,  says Joey.  Not.  The big question always is,  how did he get off the bus with one sneaker on or off?  No doubt someone asked where the other sneaker was and Joey in a rush to get off the bus  and there were many Joeys,  probably shouted,  in my bag!  And Joey disappeared into his mother’s car no doubt telling her that his other sneaker was in the bag.  The towels with the names collected and mismatched items filled bins with names no one claimed.  Not mine,  was the chime,  not mine.  It was the same all summer, every summer.  Some things never change.   But one has to wonder to what name the child responds.  And from where.