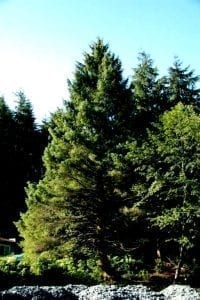 A value system is what is honed by a lifetime or many lifetimes lived as beings,  and not necessarily only as the human that we know.  It can reflect lifetimes of worlds not visible to the human system of values or cognizance of them.  What the value system will show is what has been driven through the heart of one to become what it is they are, who it is they are.

A value system cannot be measured by words, nor can it be described by words.  We can say  we hold this  to be of worth but the meaning to each will differ.  What it cannot convey is what the individual’s heart holds as value.  When the values of one are betrayed by  someone of worth to the individual, either by words or actions, the eyes will tell you of the hurt the wrong has done.  Here again,  that hurt to be felt by another,  can be understood only when it is within the frame of cognizance, of reference.     Otherwise it will be a matter with little meaning and as easily dismissed as a flick of the wrist.  Aaahhhh they will say,  a nothing.  No big deal.  But a big deal it will be to the one afflicted.  It will be a devastation and it will tumble worlds that have taken lifetimes to construct.

It is said that words are water and actions are stone.  Words can  slice a heart and macerate it into a million pieces to kill the recipient.  Actions,  given little meaning by the doer,  can be dismissed as nothing.  It is often said that actions done have little to do with the person who takes their commission as personal.  It had nothing to do with you is often the retort.  It meant nothing.  But to the one whose world has been upturned,  it may mean a devastation to a value system that has given meaning to the relationship.  It may have been the foundation upon which the relationship had been built.

When we view an action as a photo that shows trees in a forest and their overgrowth, it appears to fill the picture.  This, to many people, is all that is visible.  This is all there is to the entire picture.  But on further study, in the background is a thicker forest showing a depth that permeates the distance not visible up front.  But to eyes intent on seeing,  not just looking,  we see the depth.  This is where a fine camera will show the depth as the eye beholds it.  This is the value system reaching far into worlds not visible.  This is what we, in our infant thinking and puerile behaviors,  in our aging bodies,  destroy.   Unless we grow in understanding,  we remain childish in these aging bodies and evolution is halted.  Life is meant to be a learning experience.   Its intent was never a fun ride through a theme park.

2 Responses to A Value System. . . an observation