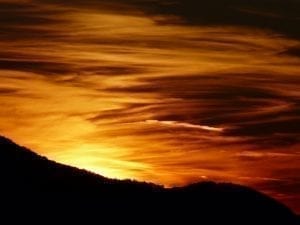 The words hang in mid air never to be forgotten as the voice that smugly said,  what’s so great about babies?  Anyone can have a baby!  And try telling that to the couple who have already spent thousands upon thousands of dollars just trying to do that.  Have a baby.

Would it come as a shock to our thinking processes, to our lifestyles, (for that is what our lives have become, lifestyles and not necessarily lives of meaning) to give space to the idea that parenting and family are a sacred duo?  That it was with primary intention that the birthing process would be an extension of the mother’s heart and mind?  That through the mother would flow the process that would unite man to the each, starting with siblings and give them a feeling of brotherhood? That through the father would come the support necessary for this family to take shape?

It was not intended to be a divisive process without feeling.  The caring, the uniting, the intention of belonging to the greater humanity was what being human was all about. Times change and roles are reversed in many circumstances.  But within the human exchange, human values must still be honored.

Independence seems to have become our main objective.  To do everything we can by ourselves to stand and not lean.  We shunt out the front door to play groups the infant and toddler barely able to separate from their mothers.   And all ages in between are out the door with hardly a bye I’m going and no word about returning.  It is the rare family with space in heart  to accommodate the aging parent who wishes not to join the sing a long group at the waiting farm.

There is little space for the unable or the dependent to lean.  There is no time, no interest, and no thing to bridge the gap separating breaths that wish to mingle.  Before we take another step forward,  is it not time to glance (at least) back to see what we wish not to repeat?

It is only when we do not learn from our mistakes that we fail.

It is said
that the heavens
care not what goes on
the world stage.

It is too late
to change the outlines
of a world gone mad.
But here. . .

within four walls
are children, eager to eat
of the bread of the gods
to feed hungry minds.

Those the heavens note,
for within these walls
is the outline for peace
on the next stage.

And here, the nurturer, the feeder,
will be given what is necessary
to begin the new world,
the brotherhood of man;

that could not be dreamed
with the old man’s dreams.