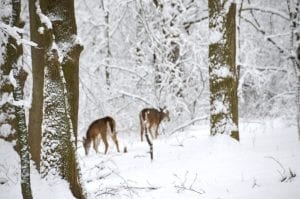 Because of the head that sits on my shoulders,  I have worked this life the best I could.   Because I grew up in a house of brothers, I learned to do many things simply by observing.  They tolerated my presence and I learned to watch and say nothing that would get on their nerves.  I did not want to be banished.   I assumed all males knew how to fix things. (My dearest friend Jan said that the eleventh commandment should be ‘Thou shalt not Assume. . . .anything!)  She was right, as usual.

When married and our wringer washer malfunctioned I told my husband and he said call a repairman.  I looked dumbfounded and asked stupidly,  what’s a repairman?  Never with six brothers was there ever someone called to fix anything.  I soon learned though. After that, not much money went out of our home for services.

When a service person appeared I was at his heels watching as I did my brothers. I gave our sons haircuts because I watched as my father gave my brothers haircuts.  The boys put up with me until their teen age years when they worked for money to get the haircuts they wanted! Though I was called upon by my mate on many a Sunday night to cut his hair and when the owner of the local salon asked who did his hair my husband said I did.  And Bernie said I will give her a job anytime.

The home maintenance things I did like painting and papering and plumbing if not complicated with changing pipes.  I had a wonderful neighbor friend who was more adept than I and she did electrical stuffs.  I stayed away from wires for fear of getting fried.   But lawn mowers and  snowblowers were my forte .  My mate came in for me when he could not start the snowblower.   I went out and did my usual and it started. Over the loud noise  he shouted,  what did you do?   How did you do that!???  I knew not to go into what he did not understand so I simply said ‘prayer.’

It would never do to say I talked to the Master Mechanic.   I went into the house.   As he was rounding the back door with the blower, he stuck his head into the kitchen door and asked, ‘does swearing count?’

I tell you this to show you that one can live a normal life with work and children and home maintenance and a public life and still have an inner life that supports the secular.  One does need to set priorities.  I had my private times when the house slept that gave uninterrupted hours for study.  When my home priorities could be held at bay,  I took to my books,  and those things that gave me support for times when my world went gray.  An open head,  or more open than the average head I now learn,  meant for despair in all languages.   It is the kind of head that is in conference all day with its own eternal why’s. But it is possible to live a contemplative life of a mystic  in the midst of the common,  meaning average life.  One does not need to take to the woods,  nor to the mountain top.  Those are within.  They come to the pilgrim when the intent is noted.  And heaven does heed the crash at the gates.  Often with a ‘well,  look who’s here!’