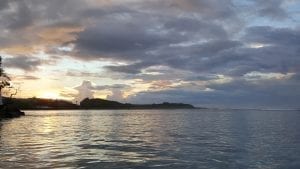 Affirmation For All Of Us. . .

Many times I come across something in my journals I would like to share.  It could be a feeling or a thought connected with some of my reading,  but mostly it is because my thought processes were of  things I held in high value.  Such was the entry 15 years ago and I found my thoughts have expanded and gained depth.  I think there are readers whose thoughts parallel mine and perhaps it would be comforting to know someone has gone the route.  I wrote. . .

When I was sitting upstairs I had a feeling pass over me that said to me and not for the first time, that this is not all that important, that this world is but a fragment of what reality truly is.  The reality is that there is no reality.  That as we cross over this fades in importance and takes its place in the memory bank, in memories and becomes a rolling file, a vault where we go back and remind ourselves of what was, of what could have been but mostly of how it came about because of who we were.  If I were asked is there something else to do, the answer would be not unless we seek it out.

Not unless we knock on that door until it must be opened, not unless we feel the heart surge in yearning for knowledge.  Not just one time or two times but we live with the yearning.  We must have it as a constant in our lives if there is to be change.  And then the way will be shown.  And as we grow in understanding, as we broaden our premises, then we will be able to absorb and integrate more and more that now seems foreign to our natures.  Do we discard everything we learned?  Sometimes.  And sometimes not.  I don’t know I can envision the person I hope I become before I become someone else for another time.

As I have said, it is so tiring running back to who I was and running ahead to who I will be.  It is all a body can do for now.  But the feeling was choice.  It is almost as if I know already that the minutes before or the time in preparation will be fluid before crossing over.  That there will be a time where I will put things in perspective and make the crossing with as much ease as possible.  That it won’t be hard and also that the distance is not all that great.  Not from one dimension to another.  It is only from here to there.  From one degree a variation to another.  But in that variance there is a change in worlds that is magnificent.

I did not read Michael Talbot’s book The Holographic Universe about the revolutionary quantum theory of reality until 2015.  I learned then that when I was born I must have had my hesitations     firmly ensconced and have walked with one foot in other worlds.   I have always grappled with differences and other perspectives.  For others like me,  I hope this is comforting, knowing there is affirmation for all of us.