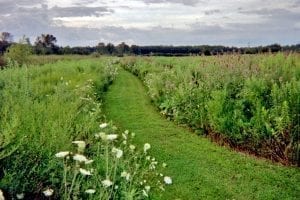 As I look back on things,  as we are apt to do when we wish to make sense out of a life that at times held little,  I find more things connect.  Yet small incidents were crucial  for the larger events to play out.  When I think back on the arguments that have taken my energy,  I still have difficulty understanding where sacrificing one life so that another can live is fair or rational. Religions have been based on this principle.  I put myself in the time of the Nazarene and think as I did when I wrote the poem,  Day of Decision,  and he said He has sent me to

‘proclaim release to the captives and recovering
of sight to the blind . . .
and to set at liberty those who are oppressed.’

And I think you idiot!  My lungs gasp an
intake of air for it will be my last.
He has hung us all.
You sell yourself to a hungry multitude
and you will never be free.
They will clutch you to them
and never be the wiser.

My friend you are crazed.
They will never buy what you give away.
Better were it for you to go away
with knowledge baking your brain
and rotting your heart.’

It was never self  sacrifice to me when a child was concerned.  One’s child of course had a lifetime to live and there was no question whose life was more important.  But a world of big bodies who refuse to grow up and be accountable learned nothing when all they had to do was never to sin  again because there was a god to forgive them who let them off scot free.   My upbringing had the hymn in the Methodist  Hymnal,  What A Friend We Have In Jesus ….
all our sins and griefs to bear.
What a privilege to carry
everything to him in prayer.

And 2,000 years later,  the same wars are being fought, ancestors’ anguish they say never appeased.  For all we know, we are killing our mothers and our fathers and who is to say we don’t?   Jesus fulfilled the old testament by giving people what they wanted.  His life.  He mortgaged himself to fulfil the readings.  Do the people grow up to be accountable?  They hang on to the child in them for they believe as the Book says,  such is the kingdom of heaven.  And the forever little boy and girl go to the end of their days the way they came in.   Childish.

In the course of days I learned that only when one views this world as the only world does it seem insane that one would sacrifice one’s life.  In the larger scope, knowing this is but an instant in a universe of many worlds, does giving your life for your brother  take on nobility.  Physicists already give credence to parallel worlds and quantum physics heralds others.  Life balances itself so that nothing is ever lost,  including self,  then the following I wrote  makes sense in. . .

Old Friends Breaking Bread. . .
Everything gained they agree.
Lives lived splendidly
according to script.
Lives mortgaged knowingly
so that the Other could know
their moment in the sun.
They needed to learn they were worthy.

Also in the poem. . .
You Must Not Think. . . .
It’s useless to have trudged
the overgrown path
to make a road
easier for the one to follow.
We must develop discipline
to house the night’s pleasures
and discipline to work our days.
Evolution is the name of the game,
but it really is life;
a way station only to the stars,
On the way home.

And in the poem,
You Stayed the Course. . .
And the ancestors will rest
and man will look forward
to what he can accomplish.
And the world will blossom;
all worlds and all times.
The path in the jungle has been cut.

And finally in,
A Great Gain. . .
It showed me true
that life is everlasting.
Where else to have learned that?

Has it changed much in 85 years?  I learned that the smallest incidents were necessary for the larger ones to be played out.  I learned much, but to make a difference?  Only in myself.  Only.