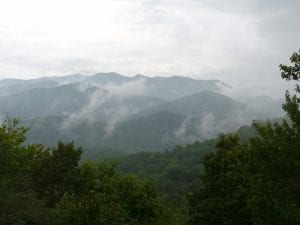 I was told that you cannot wait for anyone else to do what is yours to do.  They do not have your particular understanding nor your vision.  The future  will be turned one page at a time and you will find your name on it.  But do not scythe every blade of grass with one fell swoop.  It cannot be done.  You will do those things closest to your heart.  This is all the universe requires.

This time in March memory appoints itself guardian of a time that forever changed us years ago.  This was the quickening time for our David’s departure toward the month’s end.  I don’t  need journals to freshen conversations because I do not forget those.  By rote I did the maintenance of body and house and mercifully have forgotten the dailyness of driving to the hospital and the visual encumbrances.

There were hot months preceding and the cold months succeeding.  On the way to the hospital in the  city,  Michigan Ave. separated the poor, the destitute and those with no hope on either side.  Nothing to ease  their days and not a fresh towel to dry themselves.  Not a bath of water to ease the hurt body nor a clean pair of underwear.  Such was the poverty.  Not a hot meal in the winter nor a glass of cold something because the refrigerator did not make cubes.  It bogged down my thinking and there was no separation between what surrounded me and the even bigger loss awaiting me.    It leaked through my skin and my blood circulated my misery.

The skyline with its new buildings and skyscrapers seem no more than makeup on an aged skin filled with lines and creases.  There was not a time lapse but a raging against what pushed us all.  It was the quest for immortality that one expects from one’s children.  What I was then involved with on a daily basis as a parent should not have been in my frame of reference.

I do not function alone.  I am privy to the minds who have linked history of man to his future.  But I am mother to those sons who considered themselves a triumvirate.  When one sneezed, another withdrew his handkerchief and the third said God Bless no matter what part of the world they were in.  To watch this dis-rupture in this union was to watch this union disrupt.  It should never be part of a mother’s bank of memories.

Yet never were there those who were far enough into the perplexities of modern times where the questions arose, even subliminally.  And where I know now that there are no answers anywhere , except in our Self.  I make my peace with that.

‘to where the moon
can melt the sun,
the cactus blooms at high noon
and the darkness bids good morning. . .

to fly wingless to the mind’s ankh,
taking only me, only me,
and find that I suffice. . .

I’ve been before to Paradise,
but forgot.
Reaching in, I reach out,
touching my own nimbus.
I’ll not be gone long.’