You are here: Home › A Sacred Leaning. . .
By Veronica Hallissey on April 3, 2017 in Introduction, Poetry 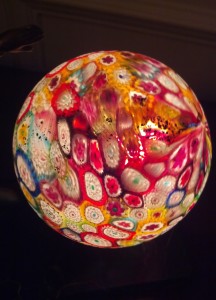 When I  understood the meaning of the words begat and borne and unearth and wrote this, I wept.  It was then I realized that for me the poignancy of creating life was not so for everyone.  The school of thought then was that it was all biology.  Until we get to this time where to hold life sacred not only in hand  but in thought, will we see brotherhood of man come to Be.  We must teach our young that all of life has a sacred leaning.

It was not a borning.
It was a begetting.

Not time to teach the lessons procured
to bring about the enrichment of the desire.
Not time to search the elements to note
the tie that could not be untied.
No time to nurture the splendor
of the each to the each,
to borne to the Earth sons destined
for the name of their father,
and daughters destined for
the name of their mother.
There was not time.

Intricately the webs spun out
of desire inadvertently.
Caught in the web were principles,
long standing and well tested.
And dismissed.
Having no application amidst the fruits
of pleasures turned silken, they died.
And in their place came dogmas,
fully entrenched and circling
the heads of innocents.

Unraveling the skein of life
she stands enmeshed in chaos.
He stands perplexed,
ruminating the exigencies of life.
But it is not as envisioned.
In the fragile moment,
when eyes behold the new life,
when hearts ache to behold the new spirit
destined to free the chains
binding man to servitude,
the Earth gods know.

but to borne meant unearthing.

This Road Traveled. . .
Attitude of Gratitude. . .