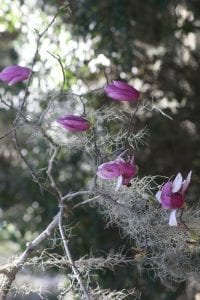 It’s a loaded question, this one of evolution. Ask  anyone’s definition,  they will either stutter or give  an answer that barely touches the meaning.  Mostly they will be arguing whether it is man-animal or animal-man we have in mind.  Or they do.  To confirm the statement that evolution has been stagnant in many areas,  let us look at some things.

The simple meaning of please and thank you is something everyone! they say knows.  But they don’t.  In some cultures it is unheard of for males to say please and thank you.  Or to ask for anything when they assume females should know their wants.  Not needs, but wants.  A cuff upside the head tells of their displeasure.

For some areas of the world, evolution enhances the abilities of people to conceptualize.  That is to conceive of a thought  and to be able to see it manifest.  For others, the ability is not yet evident and is outside the frame of reference.

Draw a picture, they say.  Show me what you mean.  They are unable to take the steps from point A to point B simply because the brain has not evolved  to do this task. Yet in some areas they show magnificent talents to feed themselves from local wild spaces   Knowing inherently the difference between edible and toxic plants.

There are emotions that are unknown to various peoples.  Groups arrive from worlds where emotions are unknown,  not evidenced even in the toddler.   By example they must be taught to hug and love and show some feelings.  In some even honest anger is unknown.

Mythic writings tell of worlds (Lemuria is one) where fight or flight is the way of life. Our world calls them myths but myths have weight to them when we are confronted with members who cannot face obstacles or facts that cause unrest.  We say in today’s world they are in denial,  when their inability to confront may indeed stem from the world they came from.

We know the saying that as the twig is bent, so shall it grow.  The majority assume that life after birth bends the twig.  It is long past time for us to note that there is a history to each of us apriori.  We come from worlds  that have already shaped us and continue to shape us.

This does not mean we cannot change.  Because of the example of someone we admire, or love or honor,  we by due process change ourselves.  We evolve,  we grow.  And we take giant steps.  Evolution.  We can become all that our full potential promises.

You must not think
it is useless to have trudged
the overgrown path
to make a road
easier for the one to follow.

We must grow up
and put on training pants.
It is time.
We must develop discipline
to house the night’s pleasures
and discipline
to work our days.

Evolution is what the name
of the game is,
but it really is life;
a way station only to the stars,

on the way home.