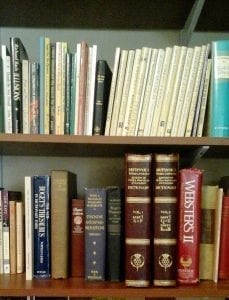 When I read that it is nearly impossible for a youngster in high school to take upon themselves a novel and read it through to  report on it,  I had trouble believing it.  A high school student?  And the reporter of the article also had trouble.  She took a difficult book and it took her three times to begin and finally stay with it.  She was a young woman faithful in her reporting.

Because of the use of devices and the brevity of transmitting language, the young are losing the ability to keep in mind sentences longer than a few characters.  Texting someone a hundred times a day perfects this ability to transcribe thought.

And to keep a sentence, let alone a paragraph in mind for a complete thought trashes what centuries took to make civilized countries literate.   What went into making us humans and to help evolve our species has put us all into the lane for Sunday drivers.

We have lost a generation that was going to save the planet and help mankind big time.  We have instead a distracted generation that checks their devices all day to see their Likes from those invisible but yet influences their behavior to such a degree that relationships between touchable humans are ignored.

Discovering exciting information or pursuing insightful curiosities are not enticing.  Learning requires focus and a challenging pursuit of something that changes one’s life to broaden one’s frame of reference.

The explosion that occurs within our mind when something is learned is not forgotten because it is never experienced.  From the toddler who swivels to music by pressing a button on a toy that blares rhythm is enough because it brings laughter and applause.

It is with effort that the first Dick and Jane equivalent is attempted.  They soon know the pictures on their tablet can be changed within seconds.  Focus with study is not learned because effort is required.

You think too much, I soon was told.  You read things into conversations.  That was not said, they would tell me.  Stick to the point I heard.  Answer the question.  Spare me the drama was the demand.  And the list was endless.  I was young and wanted what the adults knew.

Tell me what you know about this.  But know they did not because they had given no thought to the subject in question.  I was asking them to reveal their inadequacy and they resented that and me.  My intent was to connect.

How can a language be a weapon of war?  Easily.  Maybe we will regress to grunts and groans again and leave body language to add meaning to a question.  It was during mid life that courage came to answer to ‘you think too much’ with ‘what’s a mind for?’

The Talmud teaches the purpose of life is to learn.  What we fail to learn and live will be repeated with ongoing life in worlds and circumstances not so pleasant.

The heartbreak will be in not reading a book is because they are unable.