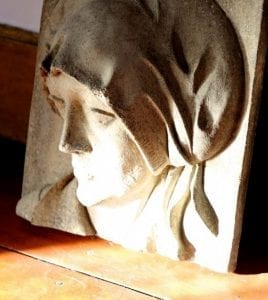 By My Heart’s Authority . .

It was after our David left this Earth that I went back to classes at the University.  I was taking a class in English Lit when the professor and I were in a discussion  about religion and he said that no doubt religion was a great help to me during this time.

I told him I was not a member of any and he was aghast.  But how,  he asked,  with no religion, do you know what is right and what is wrong?

This time I was thunderstruck.  I, an adult, had had three children and was the parent on premises and in charge of many commitments at that time.  I was the authority on right and wrong and ethical premises since the age of reason.

I knew, without being told by anyone,  by my thoughts and reasoning and a heart whose veracity I did not question what I should and should not do.  (Some simply call it conscience.)

I did not need  those in high places whose power was mantled onto them by those whose authority has always been questioned and compromised.  Recent events have confirmed this.

I knew he was taken back.  Horrified would be the term.  And I too, wondered how one gets to tenure in such an institution of learning without conviction and assurance in one’s ability to meet life with maturity and lead the young to knowledge and confidence in judgment.

I trusted that to learn must also include the freedom to ask questions and search out what one doubted and did not understand.  What better surroundings than the classroom to catch the struggling neophyte safely?

I was told by my Mentor not to delve deeper than one can muster out.  My response after a lifetime of falling deep into the pits was to dig down as far as my mind questions.  How deep only I know when my head butts bottom.

And then I dig out,  with fingers and teeth if I must, to get a toe hold to climb out.  And then to climb higher and higher until one crashes the gates of heaven,  if one must.

If not, then it is all hope and conjecture and one continues to pay for a keeper.  Religions call it tithing.  Under the cloud of not knowing anything for sure.  And Dante’s Inferno is for real NOW.

One Response to Conscience. . .the heart’s authority. . .