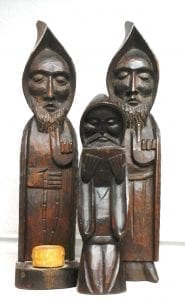 I spent two days of non stop rereading Clan of the Cave Bear by Jean Auel recently. When the book first came out it did not have the effect on me that rereading did.  I came away from it this time as I did with Doris Lessing’s Shikasta series, that everything in life has to be taught; every emotion, every concept, every step in thinking.

I had to dismiss the erroneous thought I didn’t know I carried which was a stumbling block to further understanding,  that everyone is the same.

The only reason being to think differently was a matter of will; either we didn’t care to think or were too lazy and wanted to have fun.  Never giving space to  culture, or genetic historical anguish or even environment and climate with its impoverished elements, all effecting growth.

A democracy states that all have a fair chance to succeed.  But even children know when  playmates have more toys or books than they have.  So starting out equal is not so.

One realizes then that thought processes are different.  We come from homes and worlds that are different, not necessarily better, just diverse.  The Clan book points this out clearly.

Creb, the Mogur, or shaman comes to understand that Ayla, the young girl rescued because of climate calamity, was able to conceptualize and learn his tribe’s language and behavior because her brain was open in ways his was not, to learn hers.

I felt his difficulty concluding this.  New knowledge must rearrange all preconceived thought and demands work. One’s entire belief system, philosophy, must be reconsidered in new light.

His people had hammered through hundreds of generations ways to survive in mostly bleak conditions while Ayla’s had come from more conducive conditions to allow growth and less isolation.  Her abilities were evident and she aroused jealousy.

Our biographies begin as tribal groups and wandered the world looking for fertile ground.  Tribes merged often when settling with those of similar habits.  Evolution opened areas in lives when members mated joining differences in cultures.

Often the migration of aggressive tribes caused conflict while many merged in peaceful affiliations.  When isolated there were incestuous unions and less growth and change.  Much energy was devoted simply to survival.

As time passed their concern was to keep what was known.  Discouraged was acceptance of those who were different to continue for centuries we know as discrimination.

From early man to the present, from wandering tribes to modern civilization, evolution stagnates when isolation is adopted.  It prevents man’s progress to healing ancestor’s anguish that continually festers.

It is senseless to celebrate lives of peacemakers of countless worlds then prevents the merging of those worlds that could elevate human behavior.  Think on it, then vote.