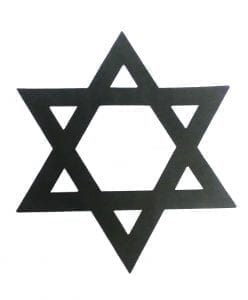 My ears cleaved to the door frame
of the dining room. Her whisper was hoarse,
were there many?
Lots, he said, lots, as he held the letter
that told him what they saw.  Speaking
in broken English, he continued.
They pushed for space, women and children
and their men. They wanted to see.
My people saw he said.

Their words burned my brain
as I strained to listen, afraid I wouldn’t
catch a sorrow hushed.  It didn’t last long
he said, because they fell.  Matko Bosko she said.
Remember our history he said.
As if that could explain what I heard.

And I knew the god they called
upon to save them from whatever they feared.
He whispered again, somehow trying to
make this horrid time an all right matter.
My people saw them, he kept saying.

And I loved those parents who made things
seem right yet what my heart knew was evil
and my head fought them and argued
till I would vomit.  We would go
into holy week and pray just as
my cousins across the waters who saw
what was done went back to their tables
and supped as if nothing had happened.

These were friends and relatives
whose prayers were different and
they said that made them different than us.
And the us that I was born into made me
ashamed and sick to my stomach and I kneeled
in front of the toilet and emptied my shame
washed with the tears of I am so sorry
and threw up all of my ten years

and so went my trust.

(Much of what was happening at that time was what I overheard to be Poland’s part in the holocaust.  Relatives wrote what was happening there.  Being an ailing child at home led me to listen carefully to everything.   The whispered conversations were fewer and not fully understood until as an adult I happened upon Winter Journey by Diane Armstrong. The impact on me was visceral.  The memories connected with family at that time rushed to surface.  These events were deep in the knowledgeable ten year old I was who was frightened and ashamed.  How does one live with shame?  )