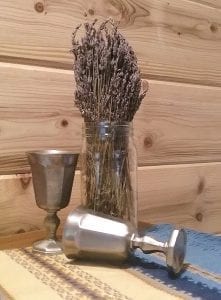 It was a difficult lesson for me to  integrate.  It is for most people.  One of quantum  premises is that all time is simultaneous.  Those who follow my blog know I speak of this often.  It is difficult for me to write of experiences if I neglect to incorporate a fact that makes my work understandable.  Especially when it has taken fifty some years to be comfortable with the fact.

I had another dream Wednesday morning  the 21st of March about 4 a.m.  when I was aware of my French connection again.  I prodded myself to remember this.  It was a different household,  but still with members of family.  I had a granddaughter celebrating a birthday and I was invited out with them for cake and ice cream.  She did not look like my California granddaughter but mine, nevertheless.

What made me take note of this was that I had been preparing dinner as I often do but the food was unfamiliar.  I was not inept with handling it but the thought was that it was different.  The thought injected perhaps to alert me to this parallel life we all have  but wave off.

It reminded me of a post I wrote of when I awakened in the night and sat up speaking French.  I do not speak the language but I was in vivid conversation going a mile a minute.  I was pulled down and went back to sleep.  This happened in the summer of ’85 I had journaled.

I also wrote when I dreamed as a monk in the summer of ’83  that I walked up a hill with a group and I made note in the journal that it was the year of 1790 and time of the French Revolution.  I dragged a cross on my shoulders portraying Jesus’ crucifixion.  Windows were boarded up along the way and evergreens shining in the moonlight and everything was dusty.  Vivid.

Coming to mind especially was the meeting with the German VIP in Munich who scolded me because I had not told him the previous week in Paris that I would be in Munich the following week.  I informed him I was not in Paris and had never been.  He became very angry because our conversation was prolonged he said and friendly.

He was insulted and righteously because his was an important job because of his ability to remember people and where he met them.   (Tourism is vastly important to all countries.)   I could not convince him when my husband appeared steering me away.  I have never in this life as Veronica been to Paris.  Many places, but not ever Paris.

It all makes sense and convinces me that we are more than what we appear.  I firmly believe we will one day on bended knee say thank you to our fellow man.  We just don’t know how heavy his burdens.

Upon this time we’ve laid a mark.
Because we were and are.  Sometimes
not much to be sure.

And will be forgotten in time,
but those we leave have upon them a mark,
cherished.

They say it is hard won because much
was demanded.  I say, earned, because
they produced by work.

Both right, altogether, a symbol,
to be wrought or cast in iron
to be remembered.

As important as the tablets
brought down from the mountain,
though this itself was chiseled with sweat.

Workers both, to be certain, honored
and to be brought toward the frontispiece
of a life lived

with reverence to a lifted chalice.