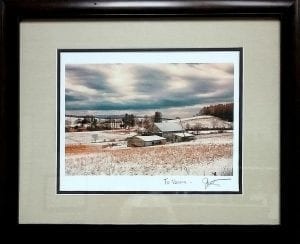 My readers are the most intelligent of the top one percent of the reading public. They teach by their comments all the time.  Some of them wish not to be quoted which I respect and cherish also those who comment publicly.  I grasp with eagerness what they say.

One said there are places I would not be allowed to voice my thoughts or concerns.  I have lived my almost my entire life being cautioned as I left the house about what I say.  I had no intent but to do good.  So why?

It became a constant worry and dampened my enthusiasm, so I seldom spoke in public.  A well placed innocuous question kept whoever was speaking,  holding the floor,  so the public was spared my stuttering.

Another reader commented on my hero’s journey with much sensitivity that it was difficult at best and unbearable at its worst. Only when one is knowledgeable can one surmise this.  They teach me from experience with coping when life blind sided them with balls thrown from left field,  with chronic illnesses and pain and insensitive cruelties to their psyches.  These are people of conscience.

I began journaling because there was no one to talk to.  No one was interested in subjects I sweated.  What transpired in my entries is worth further explanation at another time.  Now I simply touch base with the overriding problem that arose when I was ten in 1941 and has since consumed my life and caused relationships to freeze.

Born with an open head and memory alive, any question I asked was the wrong question.   Amid the daily occurrences were the philosophy questions that plagued me.    Like the one when I was ten and silenced many times, where was the cosmic intervention by this god who we were taught watched our every move so that we wouldn’t embarrass our parents and strike us dead?  Were not 6 million reasons enough reasons in war for cosmic intervention?

I was ten and asked where were the smart, important men in this world, where were the church’s leaders,  who knew important things and were powerful enough to make the world run but could not stop Hitler’s war?   Where was this god of my parents?

It is a long journey to integrate thought, discard painful, useless dogma taught under penalty of death and still find my beloved planet reason to keep breathing.  But only as we emerge from this life where we wear human skin, can we even see the immanent god is the power within.

With a world of pacifists, artists, artisans, we see a world of sensitive and gentle souls who will forever wilt in the confrontation of a peoples equipped with weapons and the ability to arm the dark side of humanity with the power of thought.

It is what we see being done by the elected with a buffoonery that verges on the hysterical.  It is a dangerous specimen of humanity.

This is my thinking.  I drown in my tears when I think of the immense love that holds this Universe afloat.  Free will is free will.  And I do not like to think that the god within has not evolved further than the human who houses him.

As above, so below was the dicta when Christianity’s mentor stood on the rock.   We are heaven’s reflection.  Are we proud?

Photo a gift given by Jon Katz of BedlamFarm.com
Photo framed by my granddaughter Jessica Hallissey