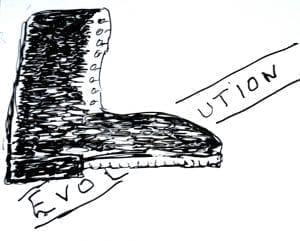 The families had gathered for our marriage and we were getting ready to leave.  The favored aunt in my new family said in parting,  I hope you are good enough for him.  I gasped and stumbled and was silent.  There was no argument from anyone.

During these recent times, coming to mind because of the immigration problems have been these slights to the heart that are constant to the minorities, be they of any color or station; anyone not having been born white anglo saxon protestant.  One may be the same color but the position was clearly inferior if lacking any of necessary qualifications.

Years into the relationship with this family, a contemporary and I became great friends.  She was visiting and she was going to her first Big Ten game and her joy was infectious and envied by me.  How could one be so enthusiastic entering our dotage about a game of football that caused her to jump with glee?

Only after much thought was the realization that though life changed for her, what was not lost was the image and the self esteem that she had been born with and no one stepped on.  That was what I envied and was granted to the genetic heritage of the family line; the elite of the purest.  It was never spoken about in so many words, but it was an accepted condition of birth.

As my own family had theirs, the newly acquired family for me at the tender age of 20, had bigoted perceptions which engrossed family traditions.   These perceptions were prejudiced for various reasons.  The new ones I could not understand anymore than I could understand my family’s prejudices growing up.  What I grew to understand,  as I do now more than ever,  that our behavior is based on fear.

So we kneel on the necks of those who bring that fear in us again.  We must look thoroughly into the genetic heritage  given each and relate intelligently.  Are all men created equal?

When listening to a teen talk about how his contemporaries hated the Irish Americans because they felt they were rich and had everything,  I remembered signs which read Irish Need Not Apply.

Another countered that having a mother and father and house and a name made one rich.  These were young ones, saying these things.  When any of these components are missing,  one is then inferior?  What are we doing to our children?

I spent my most learned years on The Farm.  I was the farm girl whose father came from the Eastern continent.   All over Europe the harsh voices are rising to keep borders tight.  The rhetoric is such that not one of us qualifies for this ephemeral condition of purity.  We each have worn coats of many colors.  When that knowledge is ours along with our shame for our behavior, heaven’s door will be closed.

Who will take us in then?