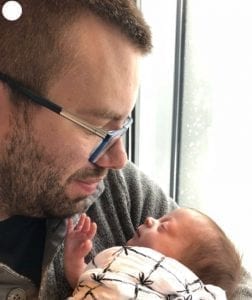 There were just a few of us gathered when we were young and the talk was rising in enthusiasm about what a swath to be cut by the young on the political scene.  There was energy and ideas with a tail wind to push these things to fruition.  We would make a difference where our parents with old ideas and lack of idealism had done little.

I listened to these young parents and wondered who would be taking care of the problems at home.  I threw some cold water on the hot bed of enthusiasm when I mentioned that there would be brewing real needs unless there was an adult on the premises.

While they were out volunteering their time to be involved with those less fortunate,  their own were left to their own devices and would become the work of other agencies,  such as the hospitals and the police and the after school clubs set up for the troubled.

You are of course on the circuit doing good and your own house is falling apart.  Volunteer your time you are told and your own problems will appear small.  It does not occur to them that with time devoted to the home and its young at dinnertime and afterward,  the troubled times would disappear.   That children of one’s own are infused with the virus of learning when the parents present themselves as role models.

Here too,  to love what you have borne to you and want for a richer life,  not in material ways, but in depth and meaning and rich in emotion,  means that this deep quest must be borne into you.  I have heard many in my generation say offhandedly,  what’s so great about having babies, every body has them.

To them I would say, don’t have them.  They deserve what I see in the face of my grandson holding his infant daughter.  Borne in him is the deep quest and his heartbeat will assure her that he will do his utmost for her.

In a more perfect world, every child would be born into arms designed just for them.  Even if you had not known such arms, your heart tells you what you wished for.  Make it happen.

It is said that the heavens
care not what goes on
the world stage.

It is too late to change
the outlines of a world gone mad.
But here. . .

Within four walls are children,
eager to eat of the bread
of the gods to feed hungry minds.

Those the heavens note,
for within these walls is the outline
for peace on the next stage.

And here, the nurturer, the feeder,
will be given what is necessary
to begin the new world;

the brotherhood of man,
that could not be dreamed
with the old man’s dreams.