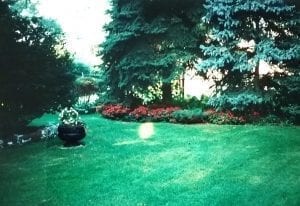 These events have become connected in my life and documented, they stand.  I have no credentials attached to my name but because I have been involved in an independent study on a daily basis for over a half century, if I dismiss them I would negate a substantial life.

To say these events never happened is to say I conjure them.  I am of 87 years and I ask you to consider the following.  I have kept journals when I had no reference books to back my experiences.

I lived quantum theory when it was still an idea.  I lived a private life and partnered a public life with all challenges.

This particular experience I share because I have not found in the now voluminous information an experience quite like this, documented.  These are related entries to what I call the Ann Arbor Dream.

I dreamed all night, interspersed with breaks.  The Ann Arbor segment that stays with me but is not the A.A. of today.  It was barbaric with points of sophistication.  It was uncouth, one of simple inhabitants and it was very dirty.

There were disruptive events happening and people so disreputable that I cringed.  I knew I was being discussed and the gossip was personal and painful. (at no point did I feel I looked other than what I knew as me.  Possibly I looked like everyone else.)

Some women in a dilapidated building served me some busha  (sounded like that) a wonderful gingerbread.  I asked for the recipe and was handed a bill for 75.00.  I said you did not give me the recipe and they said just pay 44.00.  This made no sense so I turned to leave but couldn’t find my way out of the building.  Doors were leading nowhere.

Somebody pointed to a door which opened onto a dusty white flour sifted room.  I was lost.  I would not go in and frantically found my way to the street.  I wanted to call my husband but no one would make the call. (were telephones invented?)  And I had only a dime on me.

I saw him finally parking his car.  I shouted at him but he already was walking toward another car to meet someone else.  He did not hear me, I then woke up.  What had I wandered into?

…. That layered beneath everything, there are levels in growth.  Beneath the beloved AA everyone thinks they know are levels of life still barbaric, still uncivilized, some even advanced.  Even portions of the town show vestiges of this; unkempt hair, bare feet or sandals in all weather, living in places shunning what civilization declares the mode of the day.

There are people whose memory bank opens on the sub AA and who wish for life to remain simple and uncomplicated.  They adopt manners for civilities sake but yearn for what the old memories hold.  If left to their own devices would easily slip back to the time traveled in the dream to be at home.

I straddled worlds.  My husband did not hear me because he was not open to where I was. (he may not even have been born.)  That AA did not exist for him.

In the past we have said that what you were seeing in the backyard on Nona  you created was only what you worked at could see. (Our house  lot was 50’ by 100’.  Postage stamp size) .

You did not see the ghetto and the sewers and the jungle mats that we saw when we looked at the same parcel.  That we could see what you could see was no surprise but you could not see further than what you created and focused on.

Just as you could see the mate parking his car and greeting the other.  We thought it interesting that you asked if you were part of the world he was in.  You were not.  You would not be because of the flavor you were.  Different.

The levels of the reality seething beneath the AA that you saw are real with every city and place of habitation.  There is life beneath all life and realities seething with anger, love, breath and vigor in all realms.

People in AA still walk with segments of fashion belonging to a portion of reality that sings its song beneath the parts that roll along the streets of today.  This is its charm.  For it is accepted and tolerated and loved for its diversity.

It is what makes it rich with meaning and of course it will change in degree at some point but still retain its originality.  It is what makes it an ideal college town and why many flock to live in retirement.  Rich in meaning.  Less is spent on what most consider essentials to be able to spend on indulging the psyche.

People would get indigestion sitting in your head.  (Sometimes even me.)

It was decades ago that the teachers mentioned the sewers and jungle mats that were beneath the yard I tended with precision and love as homeowner.  I was aware of none of this.  The reality we create is what we focus on.  We learn what we need to learn.

When I had the Ann Arbor dream in 1993 I had no putting place in my philosophy for that dream.  I chalked it up to the bizarre but journaled  it.  Just as the dream I drew 30 years ago of what I saw as trees but came to realize years later were collecting solar energy.   I could not foresee the home in 2018 with solar panels on the roof in California that I live in.

Yet when my world crashed and the psychiatrist asked me what I see when I go down Michigan Ave and I told him, he whistled through his teeth and  said you realize that others do not see what you see?  I was too frightened to ask him what they saw.

The teachers said that people would get indigestion sitting in my head?  Sometimes what I see makes me sick to my stomach.  And sometimes my earth is so excruciatingly beautiful I weep.