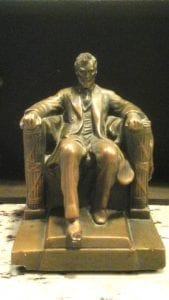 What I need to say are words that will convey the importance of the privilege we will let pass if we do not get people to their feet and lower the lever on the machine that will give them a future.  Yet.

How not to give away the chance to make a difference as large as the next person beside them.  It is a big thing we would give away,  a chance for this classroom to continue and still be the best in the universe of worlds.

Would we be able to see our image in the waters, or in the mirror or in the eyes of our children or grandchildren and say that we did not consider the vote important enough to guard against what we saw written in our minds and hearts and walls and sky of our time?

How do we not become a throwback to the place we disregarded callously when called upon to do such a simple thing as cast our ballot?

Whether we believe in life everlasting or not or the means of our Being, the fact of the matter is that our souls and minds are evergreens, are daffodils and we live forever somewhere.  And we do have memories and all of us are facts of those memories and we live them day in and day out.  We live our lives trying to make peace with them.

And we are now on the brink of another election to determine whether only our country continues in the dream of a democracy which has been our heritage but also whether this world continues to be the best classroom in the Universe.   We hold the action in our fingertips and it is as simple as holding a pencil in some places, or a lever in others.

It is as simple as writing off our climate as a pipe dream and leaving pollution in the lungs of our children or lead in the water bleaching the bones and brains of them also.

We are sending troops to the borders with weapons to ward off babes in the arms of parents and those babes are holding sippy cups.  My father was an immigrant. I grew up on a street of immigrants.  They paid taxes and worked and kept us in schools.

This democratic country was one they were allowed to enter to live freely, pray privately and work without peril.  Their children grew up and married whom they chose.  Over the years the work involved with assimilation continued not easily but continued.  It has been a work of centuries to  become civilized, to become gentle and kind.

We do not welcome rhetoric that inflames the mind and body to violence.  That inflames the people to hate and insults the intelligence of common sense.  We are dedicated to hone the facets of the diamonds we are,  the best that a democracy has shown evidence to grow in its delicate atmosphere of acceptance and tolerance.

We are the envy of a world that knows what can happen when allowed the freedom that has been our foundation.   And  has seen how quickly it can be decimated.   It is up to us to light the candle.

Eternity is a long time to live with regret.  Pull the lever.  Vote. 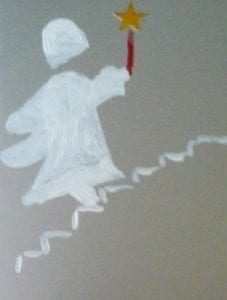 2 Responses to Hone the Diamond, Light the Candle. . . .Vote!