You are here: Home › Embrace The Differences. . .
By Veronica Hallissey on January 7, 2019 in Essays 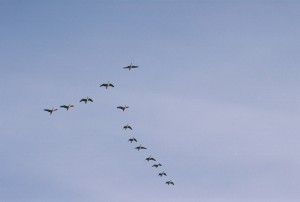 Sometimes there is a need to repeat what one has already written because of new interest or new readers.  Because for some there is no access to already printed essays, I ask you to bear with me this time to accommodate new readers.  It will also help to refresh our memories of what we filed to be remembered.

I can remember thinking and finally saying out loud though I happened to be in the basement, I could tell who came in from outdoors by what swept over me.  It could have been their vibes or their energy blanket or it could have been something else that I filed into my brain since time began.

But I would know before they took a step in just who it was; even as a child I knew when my brothers or sister or parents came in.  It was only when our children were born that I realized that not all people were this way.  When I met someone, sometimes for the first time, sweeping over me would be the feeling of them.  I learned I was reacting to their emotional climate.

It is traumatic for the young child, the sensitive one, who complains of a stomach ache at the thought of school, to be away from the safe environs of home,  afraid of being laughed at or throwing up, or the washroom being too far.  How to explain this to parents?  They cannot and unless there is a divergent path taken, they will simply say  they have stomach problems and spend time in the bathroom.   Never realizing they have become the emotional pit stop for the world’s ills.

Sometimes the sensitive one must simply vacate the room to protect himself from the slings of emotional flagrancy. They have to leave when emotions rampage or they will throw up. There is seldom a someone who understands to protect the child or the child in the adult body. There is no protection for others’ emotions crashing onto them.  Even contained violent emotions can be deadly to the vulnerable.

The triggers for these occasions can be anything.  When I was a child in grade school the sound of a siren going by would find me running home from school certain that calamity had befallen my family.  Certain I was my mother would be dead or the house burned to the ground.

To the one who said I draw conclusions all over the place  (it was not meant as a compliment)  and make connections no one else does,  I say to see all life connected is what Ancients did.  And I do this here and now because of those who cavort on Olympus.  But they worked their days on Earth as I now work mine.

(I was almost Sixty when the above was written.  I am now almost Ninety.  After years of therapy to accept the fact that my head was different but not mentally ill,  the doctors and I formed relationships that supported me.  I learned that there are those like me who are out of place in a world that has difficulty with ideals that work elsewhere.  And the Elsewhere has many worlds.  We embrace to different degrees values that can work here but at a very high cost.  If we are fortunate our families gather to protect what soon becomes the isolated child.  What is not realized is that  mavericks contribute in ways necessary for human progress but not noted until they are absent.  Embrace the obstinate child.  They chose you as parents for special reasons.)

2 Responses to Embrace The Differences. . .