You are here: Home › it will follow as the night the day, the bard says. .
By Veronica Hallissey on February 22, 2019 in Essays, Touchstone 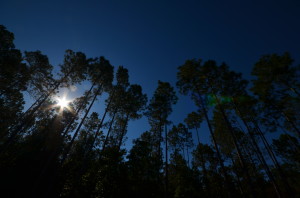 I guess it all is a matter of how you look at life because it will determine your path and your prejudices .  And you will ultimately determine how you go about your life.  My glaring fault according to my sister and my mother who no doubt discussed this failing in detail was that I alibied everybody.

I made excuses for everyone.  I always found a reason why they did not do what they were supposed to.

I  was attributing positive action to someone and my mate said that was not what the man intended at all.  A young friend was our dinner guest and watched this exchange.

I said that was what I heard him say and do.   And the argument again was, that was not the intent.  Then I elevated the man’s intentions to be better than he is?  There was silence at the table.  Well, I said, that is not such a bad thing to do, is it?  To see the good even in the not so good?

I have to because in my thinking it is the underlying rule in this universe that the good supersedes all else otherwise we would long have decimated ourselves along with all worlds.  We have gone down the tube before and managed to rise.

Good has Intelligence as its basis and whether it is called God or Father or Life, that primary factor is central to all Universes. This Intelligence explains to me man’s struggle in life.  It explains his belief that because of others or circumstances he has not succeeded.

Seldom does he take the log out of his own eye because to do that means he has to evolve to be able to take that step and own the responsibility.   Because at the center of the smallest particle which unites and grows to participate fully in life, Intelligence is innate.

Learning has always been the key to evolution.  How to survive was difficult for man without rudimentary knowledge.

I was aghast when someone did a something and my gasp was followed by how could he?????  It was a matter with a family and pointed out eventually in thought was the fact that even today there are persons with no ties, or ties which do not bind even with mates or even with their children.

That function within some persons has not yet been born.  It is a matter of evolution also.  Footwork must be done.

When we acknowledge that we teach with our every action, every thought, we will know we are accountable.  And then we take our presence on Earth, in this classroom seriously.

Then, as the bard said, it follows as the night, the day.

With Names Attached. . .
Bless The Experience. . .