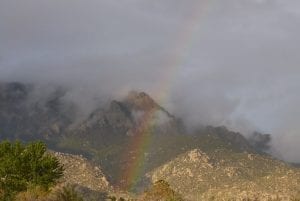 Recently I was lost in thought  and found myself saying out loud that I have to get back to teaching!  I surprised myself but to whom was I speaking and what world but more importantly, at what depth?  I remember a conversation at dinner where there was argument and I exasperatedly said, the wrong people at this table were educated!

David looked at me with a steel glance and said, only the people who needed the education ! And I looked hard at this lawyer son of ours with a philosophy major in his life struggle and knew what he said because all of them held credentials except me.  And I said you are right, David, right.

In that world I held in conference and said I had to get back to teaching, was a real world though I would be laughed at with derision in this one.  Yet much of what I find compelling in this world ,in a concerted effort daily of independent study, avidly, tells me it is not new.

For me God is a verb and Jesus, the Nazarene, is my mentor.

I understand that all time is simultaneous, which  Albert Einstein verified by saying man will not ever begin to understand his own ‘why’ until he understands this very important element of time.

My mentor became my friend as I was held accountable and as I sought his divinity, I found mankind’s and eventually my own.  Then I was able to see the GodWithin which sparks us with conscience.  In the Dead Sea Scrolls (the Nag Hammadi Library)  Jesus said, ‘I shall give you what no eye has seen and what no ear has heard’.

Even with no credentials, and whatever our persuasion, we all have a highest and best we hold onto.  It is a good beginning knowing all the while there is a realm of existence so far beyond  where we are that it cannot be spoken of because there are no concepts beyond our immediate conceptual abilities.

It is still some distance where awesomeness will lead to further realms of thought not possible for the human brain.  Fir’ piece to go?. . . .long ways. . . .a very long way. . . .

The idea will find its home
in the minds of all men
and the revolution begins.
The learned ones will marvel
at the evolution in thinking
and peace with brotherhood
will slowly mark its beginning
in the house of one man.

Nestling in the house will be the children.
They will be remembering where

the promise was given.

above photo by John Holmes