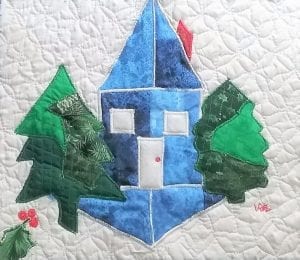 Since I was a little person, I was conscious in an unconscious way that money was not available.  I remember once arguing with my mother  that it only costs a dime, whatever it was.  And the wise woman said when you don’t have a dime,  a dime is a lot of money.

So I wished for a doll with hair so my wonder was what could I do.  And we ate bread sometimes that came wrapped in yellow-orange cellophane.  So having experience in substitutions, I cut strips of the cellophane and curled it around a pencil and it stuck itself into curls.  I glued them on my bald doll and whoa!  I made curls.

I taught myself many things.  Some were primitive and still are with no innate talent. Some things I learned became quite good simply by practice. Never professional by any stretch of the imagination, but quite good.  Passable.  And they served me.

Like the small cupboard I made for my sweats by building a three shelf bookcase and then putting on shutters which served as doors.  Stained and sanded to complement other room items, it served well.

Some people are averse to substitutes.  Not the real thing they say, always reminding one that they are substitutes.  One can be patient for the real to come along,  but circumstances alter things,  friend Jan often said.  Priority was need and money unavailable.

When I began scribing, I learned that my night travels were welcome.  I visited other worlds and showed how I took what laid about and used in the making of something needed.  Ahhh yes, substitutes!  Whoda’ thunk it?  Except me because it was something I did.

In my Pewabic dream segment I appeared somewhere with a tile and showed the audience what could be done with things borrowed from a future source matched with things unused.  It is done all the time.

The wall quilt piece shown makes me pleased.  As my skills lessen in age I have used other muscles and organs as substitutes.  That word again!.  Fingers go numb because of nerves pressing uncushioned.  Hand and eye coordination is not swift.  Muscles atrophy.  I cannot hold a needle and thread and cannot bend easily anymore.

But like the little engine that could, yes I can, yes I can, my head sings new melodies.  And ideas blossom and keep me fed.  I cropped the quilt’s blue binding so as not to distract from the new materials I made with green scraps for the evergreens and blue for the home.

I am pleased with the free motion quilting background.  It took longer than formerly,  but as Governor Cuomo says all the time,  the new normal is now.  I did this, you can do your thing too.

As long as I breathe this rarified air of my blessed planet,  I will not be a kept woman, but still a contributor.  A small way to be sure,  but a big some thing for me!  Served with a crusty loaf of bread to make grown men cry. . . . .