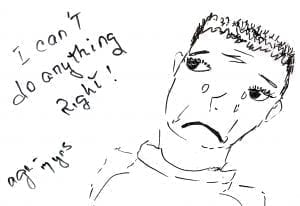 Evolution says It has to be taught. . .

It seems like such a small thing, this matter of conscience.  No big deal we think, cause everyone has one, everyone’s born with one, right?  Nada.  Not.  No.  Everyone does not have a conscience which is knowing right from wrong,  or more accurately,  more true from false.

It all has to be taught, like love has to be taught.  But we talk about conscience,  the ability to truth talk, or to feel shame when our behavior is inappropriate  in public or even alone when we violate our belief systems.

Small potatoes?  But we lead countries astray when we hold high positions or families when we are part of them. Or leading students astray when we should set the example: example for truth, facts, behavior.  Simple as that.  Or as complicated.

Having no conscience means that we feel no shame or remorse or even regret when we befoul the value system of the majority, especially when we unite for any cause and we agree on certain principles.  For example, appropriate civil laws of a country are needed for the ongoing peaceful life of all citizens.  Not too much to ask for.

A lot when positions of power, whether ruling heads or courts give favors to friends or those with money, placement above the law.  This does not escape the notice of the rest of us who must obey to the letter of the law or face judgmental predicaments.

The behaviors of those without conscience don’t seem to suffer and their charms defy punishment.  In fact they often boast they can do anything, playing on the secret desires of many who then think that getting away with inappropriate behavior is working smart.  As one of my astute readers suggested,  do we work hard or work smart?

Rules are changing and we should look to where the numbers are growing where knowledge does not allow options to cause harm with no penalties, no consequences anymore.

Because we grow in knowledge where to enhance all life, no matter where that life breathes. is the only option we have because to do otherwise is wrong.

Doing the right thing is what we are taught in kindergarten.  Life, with its Balance or God, will find us in circumstances not as good as we’ve known.  Biblical injunction is fact for those who believe Whose Vengeance it is, (and hovers beneath all knowledge we claim).

This behavior with no conscience has been costly.  It has cut short lives that killed many with crossed signals; taken meaning out of families intent on working hard and flaunting defiance of the laws intending civil unity.

Heaven can only send out souls in the caliber it has received.  Times they are ‘a changing, the bard sang eons ago.  There is a balance to all Life no matter the belief system one calls this Balance.

And I have to say Jane, your words hang on my heart.  Word hard or work smart?  Balance says we have ploughed the hard ground with sweat and Life smiles in favor of the work hard majority.    It seems the playgrounds are closing.