You are here: Home › Out of Nonsense. . . comes Sense. . .
By Veronica Hallissey on November 8, 2020 in Introduction, Poetry, Touchstone 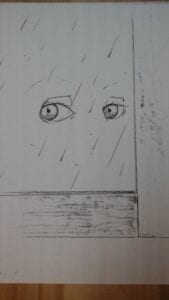 Life before Covid had us all Monday morning quarterbacking at the water cooler about the weekend’s highpoints.  This time we witnessed the dancing in the streets with the election’s electoral count yesterday.  And with Mary Trump, professional Psychologist and niece of  the incumbent president, along with the almost hundred year old eyes researching the why’s of life,  we have some answers.

And truth being companion, all of us have come from families with mental problems.  The one seeking therapy is seldom the one causing problems, as my favorite philosopher Sydney Harris sighted, but the one having difficulty understanding them.  One of our David’s last questions to me, his mother,  was how did you know to do it?  Sheesh. . .he whistled when I did not know what I did.

Because it was not new to my thinking for all my life, it is evidential now.  And I read journals with new eyes.

I scribed April 3, 2017 . . edited for space only. . (you crashed our gates and got us off our duffs because your family, your sons were the crux of your heart.  We never knew those feelings with our progeny that you had.  They were clones of ourselves.  They were not our creations.  They were yours.

Not everyone looks upon children like you do.  Mostly it is a matter of biology.  Clones.  With you it was your heart.  When the hand was outstretched after the birth of your  youngest, your question was who will care for the children.  They were of your body, your creation and commitment.  This is a remarkable difference in thinking.  . . . .

Years later when asked (feeling called)  will you follow me and you looked upon the face of your 10 year old  and knew his world would fall apart if you left.   You could not.  The Nazarene said what good to save the world when your own house falls apart.

In the Dead Sea Scrolls,   the Nazarene speaks and tells the disciples that a man cannot be a father until he is at first a son or a brother.  Somewhere in his history he has learned the love from a father and be the cherished sibling of a brother. . . to be able to parent. . . .

The man sees a brother like himself
and is dismayed.
The mother sees a sister just like herself
and aches. .

Neither prepared themselves to uncover
what each could not release. .
the begetting was easy to do