You are here: Home › It Takes Many Lifetimes to Learn. . . .
By Veronica Hallissey on January 24, 2021 in Essays, Poetry, Touchstone 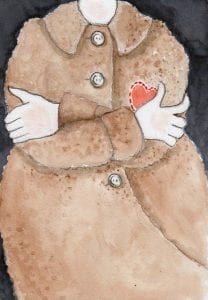 Word reaches that there are issues with some of my  posts that  are unreal;  that perhaps I don’t know how the real world works.  I write what I know, not  hope or pretend.  As Lawrence O’Donnell commented on  President Biden’s Inaugural, experience is  something you cannot teach.  We always knew it, I think,  just never applied it to ourselves.  Seldom are we lauded for our experience, mostly they say that  we are simply old.

When I say we go to an earned place when we die, I know it.  It has taken a long time for me to be upfront with memories and no, some of them are not good; have even put me in cardiac arrest.

Since  teaching we are in the world creation business  by the late Robert Nozick, contemporary philosopher, I would create a heaven dispensary if it were already not so.

If life were not everlasting, I would follow the daffodil or if hard pressed, even the mushroom because they come up year after year forever.  It has taken many lifetimes to learn what little I know.

I understand that heaven’s remedial classes are now instituted to get a head start on Dr. Jonas Salk’s Conscious Evolution. This is evolution not to just survive but to evolve to a higher form of human potential, with the spiritual aspects of more compassion, empathy and the heart elements like love and the more stingy,  sharing.

I  came dragging a foot from a world where learning was held sacred and  have lived a functioning life for almost a  hundred years. Not easy .  but doable.  But thinking I should wear a hazmat suit for protection from cynicism which may yet do me in.

Torn from an event
with memories still alive
and placed in an incubator to breathe,
are poets expected to live.

Leaving a world incomplete,
they wander in vegetation
totally unfamiliar  and expected to survive.
And give rise to credence
in a world with no root,
where trees are shades
of others more vivid.

Whose flowers whisper their names
in a forgotten language,
whose people are ghosts of livelier images,
all crowding the nimbus.

Where horizons are vast
and what eyes behold are stark lines
dividing two dimensional realities
pretending a depth that fools not a one.

Where snow sheds its stars
on a crystal night and the night becomes
a holy night eliciting unexpected
extravagances bestowing grace.

All grasped in a moment’s vision
to linger through worlds creating ulcers
by gnawing the viscera with dreams not completed.

The poet’s pen translates worlds
of mean existences from memories held
long in the heart’s pocket.
Translates the colors of those other places
where winds caressed and sun bathed
a skin unlike his own.

In another place and time he walks
and because he does

his memories give rise to an Other’s dream.

7 Responses to It Takes Many Lifetimes to Learn. . . .