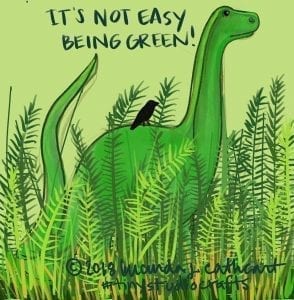 Today I realized that when I watch certain  television programs,  I audit the class.   It is fatiguing with my hearing  problem,  but with certain programs, I work it so that I use television as class time.

I realize my head is open, and by that I mean doors are open letting in activity of sound I am conscious of.  I know this state because when it is absent,  there is no fatigue, no sense of tired.   Like now, it is an open forum with my  consent, classtime.

When my world broke into pieces  when I was 35,   it was traumatic because in my head, there was a tsunami loosed, crashing against both sides of my skull.  It was devastating.

The doctor when questioning what I saw when I walked down the street, whistled between his teeth when I was done and said you realize others do not see what you see.   I was speechless, and he said, you don’t know that.

I mention this again because it is important to understand some real unseen differences.  Some people actually see more than we do and  hear often what is not said.

Not only our cultures are different in this world which contribute to our uniqueness.   Our histories have contributed to each of us to form a definite lesson plan, a blueprint; also ancient agonies propel us into behaviors that are of genetic origins.

In many ways the oracles spoken in tribes tell of myths and gods and various habits of early mankind.  These were links for us that told us we connect in various ways.  When written word came to be, we then had printed stories which were proof that those oracles  had a basis that were to guide our thinking to ferret out from where we came.

All religions speak of life previous to our thinking.  If we are fortunate in having ancestors of good health,  we come completely sealed so to speak with heads closed.  One life at a time to deal with was sufficient work for man.  But when religions took upon themselves in many ways to help man in his quest for good as he deemed it to be,  they also took upon themselves the perpetuation of power that told mankind to go forth and multiply and they would  take care of their souls.

The trade off began and today we are the result of that edict and also so is the Earth.  In many ways man evolved in thought but stymied because of the toys of his thinking.  Evolution was halted.  And the hard work of thought, of thinking was dismissed and we are in the midst of where evolution transfers into  devices and man has become the automaton of the devices which evolve.

It seems digression yet needs telling of this path taken.  For the oracles were verbal, the printed word was real evidence of those stories of more than truth,  where we were told that the twig is bent and continues to grow upon birth.  It is bent because of a history.  And that history if mankind is completely sealed and  the birth  normal has the one life to live and die.

If not completely sealed, and the doors are open to activity of  worlds  where sound vibrates, we have memories of previous times.  Whether they are genetically banked in memory or our constitutions are the memory banks  for  each of us, is ours to uncover or unearth.  And what we are courageous enough to face.

Completely sealed in good health demands an empathy, a compassion delivered to others regardless of condition or inabilities of their physical bodies. Incompletely sealed demands from us an acceptance of life within its structures rarely understood but of needs respected.

Acknowledging differences and making peace with what is recognized are steps and halting places  in the process of evolution.  Everyone is still a creature of potential growth and this we must honor.

We must reconcile the beliefs we carry with what our growth has shown by our sciences in all directions.  And we must peace them.

We must be equal to the courage they will demand from each of us.  If we are to want that acknowledgment of our acceptance when we appear in the world we consider our right to Be, but for which we may be incomplete.