You are here: Home › Take Me Home Jason, Take Me Home. . .it is time.
By Veronica Hallissey on October 17, 2021 in Essays, Excerpts, Poetry, Touchstone 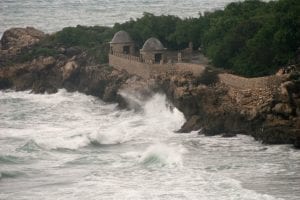 I have been trying to catch up with myself for a very long time now.  Putting up with the old timer’s disease of trying to make a body work like I remember it doing.  But of course, it does not.  At better than 90 it will not conjure the energy it did at 50.  Or even 75.  And I did pretty well at 75!

But still a couple of things pulsing my perimeters and causing me to reflect.  Having no talent for memorizing,  I do recall almost word for word the first poem introduced to my inner hearing called Courage.  That I could almost remember word for word surprised me.  I remember sharing it with my husband and sons and of course they guffawed and did not believe I just wrote it.  But I did and I am a truth teller.  I have researched it and it had no history.  And keep looking.  It goes like this. . .

How often have we stood
in water, ankle deep,
daring not to take a plunge
or do a running leap?

How often have we said
the water is too cold,
in truth we know our lack
is courage pure and bold.

There is hope for those of us
who’ve stood too long at bay.
There’s time to grab onto the reins
and steer through just one day.

It would be so much easier now 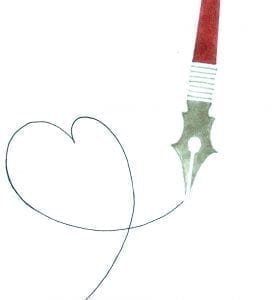 had we been taught before
that courage is acquired
and practiced evermore.

Our characters will toughen up,
our hides grow thicker skins
and surprise ourselves in water cold
to find we’ve sprouted fins!

Also in all this research and malaise and introspection that exhausts such meager surplus of  energy, somehow also coming to mind was a simple nugget that goes and brings up the little girl Veronica who held onto Papa’s hand. . .

The night is silent
and the air is very cold,
I wish I were a child again
with a hand to hold. . .

And after looking at what I thought was in the files and did not find,  I think it was written by author Marcia Willett’s  sister whose name I don’t know.  The poem was simple enough but meaningful to what I was reading at the time.

And the last thing I looked at were recipes in a scrapbook taken from when I was a 12 and intolerant of heat and sun and relegated to the kitchen.  My mother took my place in the fields on the Farm.  I took the scrapbook when I left home and used forever when housekeeping.   But this was in the scrapbook of recipes cut from Woman’s Day magazine but this column uncertain.  Clipped from a magazine and  titled Household 1954.  Written by Barbara Nelson because her little son complained  that the prayer his mother said at night with him made him fearful because he did not want to die.  The prayer was Now I lay me down to sleep and every child was taught that.  She wrote instead the following which was calming and with a foot in the future of religious evolution.

God in me and God in you,
in everything of good we do.
We thank you Lord that this is so,
we thank you that we live and grow.

I must spend more time doing what I love to do because ideas fall all over themselves and run down the front of my shirt. I want to snatch them up before they disappear into thin air and no longer be visible.  That is how I know I am in my dotage.  When younger the ideas flew and clung together in a synergistic manner.  They gathered upon themselves like matters that embellished and enhanced their basic meaning.  And the topics grew and became legends and we had something to consider.  And our knowledge as mankind, as humankind was enhanced.

And what then.  See.  I can put myself back there and relive the ancient times and know I am not far from the truth.  Take me home, Jason, take me home.  It is time.