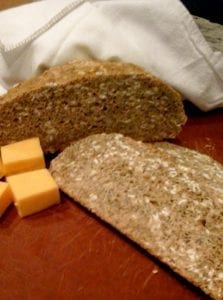 It is a protection given us I think,  that however our minds work, we assume we are like everyone else,  or they like us.  I am not sure when I began to realize that differences abound,  but still I have difficulty when I am approached or when in frustration someone shouts,  I don’t know where you are coming from or on what planet are you living!  What are you saying I am asked and of course my words speak what I think are clear thoughts.

When asked as a young mother of three under just barely four years of age,  how was it I accomplished what I did,  I remember flippantly saying that when I awoke in the morning,  I was given mentally what I called my marching orders.  Did not everyone awake this way?  I assumed so of course and began my day with a mental list of ‘do firsts.’  My life has consisted of marching orders and when my Independent Study Program started for me  a half century ago my life has been an ongoing conversation with my God Within.  Even when alone, it has not been a lonely life.  It has been a companionable one and the company I keep is choice.

To Break The Fast is a poem Given as much of my writing has been.  It stands on its own,  but I wanted to share my thoughts with those of you who ask me to.  It is only of late that I realize the unique differences of each of us and how special these differences are.  They are not meant to isolate us but to unite us as a whole, different though we may be. Think on it and give yourself a hug.  We have never been abandoned.

To Break The Fast

When dawn arrives
pressing on my senses
and no longer can
I stay abed, I rise.

Needing to speak
and needing to listen
to the insistent thought
echoing through
the still, silent ethers.

I am! he shouts, I am!
And I am the golden thread
that ties the humble man
to the Essence of God
of whom he tethers.

It is almost more
than a mind can bear;
this knowledge pleads
to be known and pounded
into substance as food of this day.

Take ye and eat, he said
and we are fed
at the banquet tables,
at the breakfast tables. . .

It is the last supper
and break the fast of the day.
It is the ending as well
as the beginning.