You are here: Home › Seriously Consider. . .
By Veronica Hallissey on July 20, 2017 in Observations 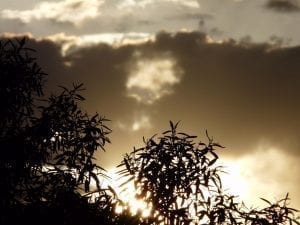 I go back to thinking time and again that one cannot ask to govern a body of men when one cannot govern one’s own body.  And for those who say one’s private life has nothing to do with one’s public competence,  I say character will determine private as well as public behavior.  One cannot perform better in life than one is a person.

Angels are about you.  Sometimes the costumes can fool you.

Information is often beyond what the individual can assimilate. It is for the taking but not for the assimilating.  It somehow has to fit before it can be worn.

There are those whom you cannot take seriously but you must because often they hold tremendous positions of power to do ill.  They do not know the meaning of seriously.  One day they will.  Then the memory will nudge and the terrible weight will fall upon them and they will know that between men there is no other god but the weight of words with whatever intent spoken.

Three things have guided me.  To do some good,  to do no harm and to never ever be afraid.  The latter is the hardest to learn and the most important.

For to exhibit fear gives the hoodlums advantage to take over the world.  And then it is no longer free to the majority who approach life in a concerned way.  This will no longer be a classroom but a prison.

It will not be the learning  experience for further evolution but become the place where those of ill intent are bent on destruction.

In this world such little emphasis is placed on words like truth and character and bonding.  If in another world you learned these guidelines of the heart,  its absence has filtered down to you in this world and has caused you grief.  The unease devastates with nothing tangible to grasp except to say you don’t feel well.  And well you are not.

The first step inward is the most difficult one to take.  Most will run away from rather that toward themselves.  Most do not know themselves well enough nor trust themselves well enough to take that first unsure step.  That is where the work begins.  It is foreign territory to most.  It is territory that the Science Gods have filled with curious creatures and religions have filled with devils.

On The Universal Watch. . .
Maudie Update. . your way home is well lighted. .

One Response to Seriously Consider. . .