You are here: Home › From Where Did You Come ? . .
By Veronica Hallissey on November 17, 2017 in Uncategorized 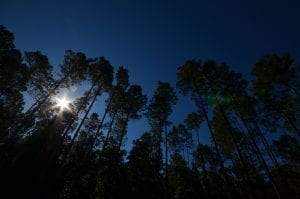 On September 28, 2017 I posted  a segment  called Angels Unaware.  It was about a dream I had that stayed with me and was highly detailed.  A young teacher of hearing impaired students was teaching them how to read people and speak with almost perfect diction.  The dream stayed with me and because it was highly emotional,  I wrote about it.  The topic was one of how our bodies wish to accommodate us by using its totality when parts of us are not working.

I don’t pretend to understand how bodies work or why my own body works the way it does.  My family, both birth family and one I married into just never spoke about these differences except to caution me to be careful what I said in public.  It killed spontaneity and because our livelihood depended on the public’s good graces,  I seldom spoke in public.  Because I was a voracious reader I taught the psychiatrists much about phenomena.  One even suggested we bottle creativity and make a fortune.

Imagine my surprise when I read in USA TODAY on November 13, 2017 that sensors will be built into walls and household products  and clothes and perhaps into our own body to respond to how we are feeling and thinking.  They will be built into the internet of things (IoT) and become fused with artificial intelligence.  And unbelievably,  Facebook is working on technology that will let you “hear” with your skin.  I am not sure where I first learned of the body’s ability to refine parts to substitute for the parts that fail, nor in what world,  but I learned many years ago of the body’s ability to see when eyes fail.

I had a friend who often said to people don’t laugh today because next week you will be a believer. Please remember when speaking to a child that the child is much closer to their source than you are.  More often than not they remember from where they came.  When was the last time (if ever) you gave thought from where did you come?