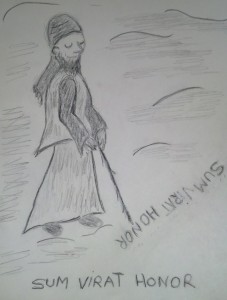 We Honor Your Life

(Sometimes there is a need to be reminded of the good the best of Mankind does and this is one of those times.  This essay was one of the first I did for my blog and there may be new readers who missed this. In these times when we have been stressed in ways not known before,  we offer our gratitude to those who have dedicated their lives to better the greater life.  Our lives have benefited  and our gratitude extends to the families for generously sharing what was theirs.)

I received an e mail with photos of several large elephants making their way to the home of a man who had befriended them.  This person was Lawrence Anthony who spent his life caring for elephants in South Africa.  His death occurred on March 7, 2012.

Two days after he died, elephants showed up at his home led by 2 large matriarchs.  Up to 31 of them walked over 12 miles to pay homage to his family. The question was asked how did they know of the death of this friend and how did the word spread.

Growing up on The Farm I saw old farmers in the area in direct communication with their animals not only verbally but with body language.  There was a symbiotic relationship between them and they were of one heart.

This is how word spreads in the wild or anywhere when the relationship is of heart and is understood.  Our vocabulary has no word for this.

Having read where some dogs have the intelligence of a 2 or 3 year old toddler, I am in awe.  As one who has talked to animals, mostly dogs, and listens to them,  they tune me out as often as children do when they see no evidence of need.

Elephants paying homage to their friend, is not surprising.  We are all connected.  There is a common thread that unites all to all.  Most of the world believes that souls can participate in physical life by sending a fragment of their souls to inhabit life at some level.  Western culture is a small segment that does not hold this belief.

Elephants, most jungle life, dolphins, whales and others, have long been known to have language and systems of thought.  We cannot close out whole systems of life simply because we do not understand them.  Those who spend their lives in service to an assembly of creatures have learned to understand them.

Lawrence Anthony communicated at a level that went deeper than most people’s understanding of deep.  This connection to all life, to All That Is, is in everything.  I have written to say God in a Rock and beneath it also.

Earth day is upon us.  Every day has too many of us shaking our heads and saying it is a mystery when something happens when we should be framing the questions and looking for explanations to why or how.  You are worthy of answers.  Do you have courage to ask the questions?  I know it is hard work.  I know.