You are here: Home › Claim The Difference. . .
By Veronica Hallissey on October 23, 2019 in scribed lectures, Touchstone 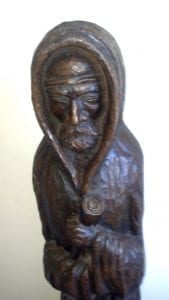 From a July 24,’84 entry—-because I have integrated simultaneous time during my adult life (it was not easy and I also am familiar with dimensions of no time with dream frames posted on my blog), the following was an early topic of discussion (from a cosmic view, yesterday).  I have quoted Albert Einstein on simultaneous time and also philosopher Robert Nozick on World Creation (0thers also) during recent years upon discovery.  Since I am not credentialed, these have been in over half a century of Independent Study I have researched.

It was, it was.  It was a world where belief had the power of logic.  Where prayer was direct communication with what was the belief at the time, where the arch angels stepped between man and his desires and procured them for the supplicant.  It was all those things and more.

Man did not roam the Earth without an anchor at will or put his faith in the machines that mimicked his mind.  He conquered what he needed with the virtue within.  He did those things because he did not know he could not.

With all that he was he was able to do.  Anything.

He could do these things because the thought that he could not do them did not enter his mind.  Think on that for awhile.  It was a different world.

It was a world where the jester could make the common man laugh.  Because the jester was comical.

And the common man was not conscious of what made the comic a comic.  And now everyone is a comic. Everyone is what he thinks he is by mimicking what he sees, what he reads and what is heard.

We do not resent what we see here.  Instead we ask what did we not do?  We take into account that you say the difference is slight.  We say to you then, claim the difference.  Do not allow those who are limited, limit you.

Knowledge is innate.  You know the difference in worlds.  Use it.

now you tell them
in languages understood
how deep the hunger for knowledge
can be as if for bread; to keep alive
a mind from sleep;
(like scourge it contaminates
all minds of men).