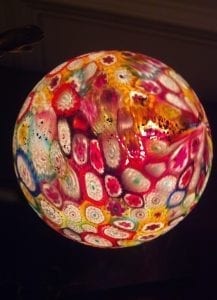 There are times that call men to action and this is one of them.  It is time that certain ideas give way to the new ideas but ones that have been incubating for a long time within the hearts and minds of those given to thought.

The still mind is a comfort zone for most.  The comfort being in the place where the meals are hot and the days fall into a pattern that give little leeway for the eventful to happen unless taken into hands of those of ill intent.

Long past the time now we have gone expecting man to become zealous in his attitude to bring peace and  growth to the human beings of which we are a part.  The human is not only physical but is divine.  The  human had his beginning with the stars and is intent on claiming this innate knowledge.

With every event that comes to life in the human sphere seems to bring calamity in large doses.  Wars are taken as common within the boundaries of the race that prolongs the anguish of ancients.  And little reason lies behind the events except giving action to desires that look to give meaning to the life that has little in it.

Long has man looked for reason to add adventure to his day.  And leaving the children and spouses behind to do so in the names of work or patriotism or to hunt seemed reason enough.  We take to task these reasons.  We take to task the lazy minds that look for physical adventure and not the considerate thoughtful work to give meaning.  Why the need to be entertained than for minds that look for answers to give meaning to the purpose of life?

Long has man preferred to fight wars over boundaries instead of looking to what unites the human race.  Instead of looking to what unites the spirit in manner to bind one to another.  Is it so boring for  man to look to what will prolong and give impetus to the progression of humankind?  Is there so little love between man that there is no common ground?

From a cosmic view, other worlds must look to see what they can invest in the dailyness to spur man on to promote this planet to growth and progress.  We look to see where we can inject some adrenalin to make the intensity work with fervor.

It is time long gone that the one god, the one world, the one man, the one consciousness be held onto with such religious fervor.  It is time to expand the thinking to include the divine within each human giving access to the spiritual energy and psychic fulfilment which permeates and upholds the universe and universes.  It makes for accountability of the each in his life with the knowledge that names are attached to actions which will demand restitution.

For too long man has reclined in his comforts with the god he created who will forgive and forget all his transgressions.  That with forgiveness because his beginning was less than ideal and the burden was a heavy one to carry that he would be forgiven whatever transgressions he committed.  The news now is that names are attached to these errors in judgments and these errors must be accounted for.

Babies being born are wondering why they are in kindergarten when they have knowledge of worlds in attendance to the great god of wonder that is the rolling thunder of the universe.  Why they are not part of the movement that rules other worlds with motion and movement toward great progress.  But are lost in the illusion of slow motion that seem to immerse the adults in such pleasures.  They come to us as twigs already bent with a history ready to teach and we step on their heads.

We are in the midst of worlds looking at this planet and wondering the outcome of its wondrous elements.  It should have been held as graduation for souls becoming stars again.  Instead it is held as the playground of souls who have learned the sophistication of its accoutrements and given them a place to play forever.

Time is now that  changes will be evident.  Time is now that much will be demanded.  And the young whose memories now of the violence that has taken their friends and innocence will demand restitution and behavior that comes with adulthood.

It is time for all of us to grow up.

One Response to Long Past The Time. . .earth in hostage. . .