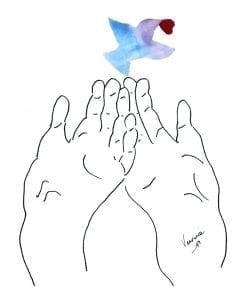 To stand straight need not be at the expense of another’s fall.  It can be because of one’s need to reach higher than one knows.

*****
Facing one’s self in declining years is a task best left to those who point to kudos on their walls.  Their sights rest on visible accomplishments.

*****
When one’s commitments are successful,  rewards are hung on hearts that supported them.  Not chosen to be seen since public autopsy needs bodies not breathing.

*****
God is a word most people stop at because mind balks at its meagre knowledge to proceed.

*****
To not remember is to lock the vault only to have it burglarized and be called to remember without those whose presence would have made the memories bearable, either in joy or sorrow.

*****
To put memories into a vault, tightly lidded, is to crowd emotions into a body with only death as a release.

*****
The ugliest thing is not ugly but incomplete.  In its being incomplete, new references are being formed.

*****
The right to truth is mine to uncover; the right to conceal belongs to the Other.

*****
Nothing good is gained when the Other is forced to lie for survival.

*****
How great a problem is has already been decided by the forgetting.

*****
To inflict pain one  must stay around to heal.  Eternally if necessary.