You are here: Home › To Speak With Heart . . .
By Veronica Hallissey on December 28, 2020 in Excerpts, scribed lectures, Touchstone 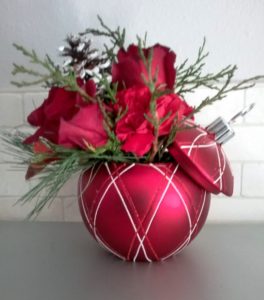 Sit a spell and listen.  If we could enlighten you we would.  If we had knowledge of this world to which you aspire, we would give a hand and tell you.  But you again will find the same feelings facing you and wonder where did you go astray.

But there is no answer.  You understand that.  Take a listen right now and  look at what it is you ask.  Where you fit in and where is it you are going?  We don’t have a clue, you know we don’t.  Because you don’t have a clue or a blueprint that you follow.  And so what can we surmise?

Now you wish to know where you head to.   Could be anywhere.  Could be  you take a sidecar to play awhile and think a time out for sure.  It would be a breather of sorts for everyone.   Us, too.

When the Science Gods worked to contain this Covid -19 with simple measures like wearing a mask and distancing until the miracle vaccines take effect, until they knew  in their private thoughts they worked on what they could surmise and hoped it was true,  there were things they could not  identify until they knew what to look for.  They worked toward that Eureka moment to tell them a something they worked was valid.

The vaccine of the Covid was only accomplished by the footwork of all who have gone the route in their prescribed ministry.  This ministry vaccinated decades of people wanting to keep breathing amidst all the virulence threatening them.

They have cared for the multitudes as a godparent for his children.  As a healer would from the times he carried a skin with a handful of home remedies only the shamans knew about.  Only the farmer knew from pulling the calf from the cow in the cold night in a cold barn.  And the midwife knew as young girls gave birth from the first times to a houseful of babies.

You cannot wonder who did the footwork anymore.  Miracles?  Ahh yes,  the miracle of man, in his nascent wanderings among his fellows trying to be of help.   A ministry, of course.

One thinks of religious acumen, but in this case it is the discipline of Science lifting itself with dedicated purpose to ease the route of the fellow traveler.

Listening, studying, trying unheard of remedies with the likes of disputed therapies to uncover a maybe that turns into a miracle.  Like a religious order granting discipleship, the Science ministry itself becomes one of service.

So what is the good news of Medical Science?  To learn how best to serve mankind and to teach how best in this complicated time with all creatures determined on breathing the same air, to comingle in good health.  It is a new world every day and we don’t know where we go.

It is as confusing for the invisible world as the visible.  As feasible as the question of where was the beginning.   Perhaps the answer and the one most cognizant would be when mankind’s mental capacity is equal to understanding where was his beginning.

To deny as mankind does, what is ever present, pushes conceptual information further away.   That would mean of course, there would be significant growth in the brain’s capacity to understand why he even jumped ship.

And with no capacity to understand his beginning, there is no ability to envision future potential and no vocabulary to speak should we even attempt description.

Who else says this?  The philosophical bards shouted them equal and one and the same;  Evolution and the Divine!   You have a compatriot that counsels?

Until you offer us introduction,  we know our offerings depend a great deal on concerted efforts.  We appreciate yours.