You are here: Home › With Credence To Time Warps. . .
By Veronica Hallissey on April 18, 2021 in Essays, Observations, Touchstone 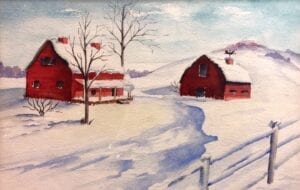 With Credence To Time Warps. . .

(I had a dream where there was an old woman muttering over a  young woman in a  body cast with only eyes and mouth showing.  I told the old woman to release her. I  don’t know why she was punished, perhaps for prostitution.  And a person throwing a baby gleefully in the air  I told stop!  Possible joint dislocation with that kind of rough play!)

I edited this journal entry of July 19, 1992  for posting, saying  . . . .I am not confused.    No, because I already  know.     I see where the past is still  happening someplace.   I see ways to rewrite history; to bring from here a portion of history that  could help a segment of another.  How do I know that or even think it?  Imaging taking place where?

There can be no change unless there is a shifting in the mental capacities of the nitty gritty.  Like soap and water in the health care system.  Or change in forgiving one another in the revenge: punishment concept.  You see, unless there are minute changes in even the genetic structure  . . . here my hands stutter. . .

In my dream with the old woman muttering over a young woman,  releasing the young one put a pause in  the genetic structure that would have taken centuries to overcome.  Or the one tossing carelessly the child in the air  and ordered to stop gave him pause in action.  Joint dislocation was reason enough.

What is puzzling is that I grasp this.  That somehow by altering the consciousness of the past, we are in turn altering the genetic line through which we pass.   And speeding up the process of evolution which needs speed since we are running out of time, Earthwise and human wise.  It is enough to put us all to sleep, permanently.

Genetic engineering can wipe out diseases but changes in thinking must be done on a level where time lines of knowledge and lack thereof would welcome intervention.   And what better level than education in another dimension.  DNA can be restructured and codes rewritten in cell structure are being learned.

Not lost on me is this 1931 farm girl  giving credence to time warps, but education in time warps to boot.   In primitive form was a germ of an idea in a dream with a lesson.  Somehow lost is the validity of our connection to life.  And also lost is our pride in learning.  Everything teaches but we must be alert by feeding our minds humanity’s potential for good .

Life is everlasting and with encouragement we would also ensure humanity’s progress.