You are here: Home › The Bigger Picture is Always More. . . .
By Veronica Hallissey on September 28, 2021 in Excerpts, Observations, Touchstone 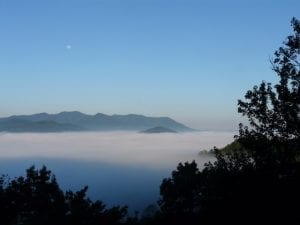 (I happened upon these scanned items in a file and was near tears.  I have read them many times but in this form, cannot remember doing them.  In reviewing my life,  what brought tears was the fact that everything I write about is backed up.  And learning for me is integrating what is taught and becomes part of my reference.  I came upon something I  just recently posted about psychic phenomena being not magic but simply what is learned through lifetimes that moth and rust do not destroy.  The Nazarene taught that and called them talents.  He assumed people would grow up and not be childish forever.  And these talents would go from world to world with us.  What is common knowledge to some of us, is magic still  to some and worse, spooked people  and put innocents to death as in Salem, Massachusetts, in our shameful history.)

I cannot deny what my eyes are telling me about my physical self.  And I could not be so cruel  to ask a child or tell a child that what he sees is not so.  If that were the case, I would deny to him his own authority which are his senses and by which he must live.  If he had extra senses of which I was or was not aware,  I could not deny those even though they may be outside my frame of reference.  It would be cruel to the child for then his own authority, his own self would be forever doubted and his common sense would not serve him in even the simplest situations.  I would have no one else to blame for that but me.

It takes one to know one.  The maxim is as old and still stands.  If feeling runs deep about a subject and a person finds no parallel in this life,  we must go deeper.

It may not be feeling connected to this person but feelings connected to this history, genetically written.  Shall we toss out the genetic history, but then in favor of what?  Man would then have to face his source, his beginning to gain footing, else we would be like Adam and Eve.  Again.  One must of needs supply a history to give meaning to the day for when there is no history, there is also no now and certainly no future.  It is only with a history does the uniqueness begin to show and the ability to clarify that uniqueness and to be a positive influence must be because the peace has already been made with the history.

The Earth will cherish the soul who cherishes the Earth.
Nature will revere the one who reveres Nature.
And the God will rest securely within the heart of one who reveres the All in All they do.  Life is God and God is Life.  There is no distinction.  We sit within the lap of God.

What we have are the results of looking inward to find a basis for the way people are.  And the way they are has been the best of the tree.  Man has been in error assuming the newborn a blank, clean slate.  And what we have is the tree already bent previously or apriori.  And because the coping mechanism has always been in direct proportion to the disillusionment is the way the bigger body will lead the life.

And when you view the sulking small child,  you already know in the making is the bigger child whose silent sulk will be used to arouse guilt.  To assure vengeance,  you can be sure. (Pray that in the child’s life will be someone who is admired, loved and respected to be the role model that child emulates.  Only with personal intent and desire and yearning to be like the role model,  will the direction be changed.)