You are here: Home › a mountain top experience. . . .
By Veronica Hallissey on January 15, 2022 in Excerpts, Observations, Touchstone 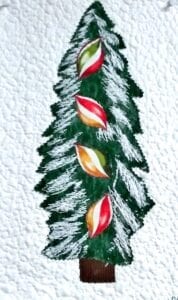 I had intended to send an email to a friend and instead with this quirk of a mind which is mine, it took to be an essay.  When finished I thought better than to send it.  The reason being another trip to the hospital last weekend in dire straits.

An early cardiologist appointment on Friday morning the 7 th, had him saying you need hospital care and the feeling was imminent.  So a weekend in the care of my Mentor’s Caregivers had them releasing me to my family on Sunday, January 9 th.

And time to give some thought to what I need to write.  The finding (stumbled) and reading of an early journal entry, (almost to the day plus 50 years) had this to say about the road being traveled.  I edit only for space.

Been busy at work all day.  Read for a while last night and was interested in the excerpt of Paul Tillich when he talked of the Cosmic Consciousness experience as a State of Grace.  It is interesting how much I understand what was not clear a decade earlier.   Does time do it or growth?

Mine came with the knowledge that I was one with the universe and the words, ‘He Lives!’
Whether that meant Christ because of my upbringing, or because a friend died and was alive without a doubt.  His wife was impressed to call me on the day he made his transition and the only thing I could say to her was that he lives,  over and over.

This was the 3 day period when I felt as if the top of my head had been taken off and I indeed felt one with the universe.  This must be what it is like when you die to this world.  The physical boundaries are no longer and you become part of the surrounding.

I seemed to flow into the Ethers.  I felt part and parcel of it, a oneness unbelievable.  It was exhilarating while it lasted.  I did not know of new intellectual stirrings, except no doubt about the foreverness of life on a gut level.  And the words over and over ‘He Lives!’

Tillich said that all that is necessary in this experience is that you know you are accepted.  It also comes out of grief and despair.  To this day I don’t know why I was so devasted by this friend’s illness and death.  Except I remember our first meeting of recognition from a someplace and sometime.

How deep can grief go?  It flows through the very core of you and out to join the suffering of ‘All That Is’ . . .

(I have been encouraged to enter the early journals into my blog.  One already through conversation, that few know even scattered religious history.  I have mentioned my crashing world with the doctor asking me to speak to some student wannabe psychiatrists.  I agreed and found a roomful waiting.  And only one had an idea, an idea of maybe this is what I was talking about, the Rosicrucian.

There may be no description given that matches the experience, but as Paul Tillich said, one knows a something happened, a big something.  It was an authentic experience and in discussion with a Protestant minister, he called it a mountain top experience and wished it had been his.)

This wall quilt surprised me and I am fond of this artistic side of me.  Knowing how difficult it is to stay with a body intent on laying down,  the jenny genes triumphed.  Probably never again.  I negotiate with my teachers for a bit more time to try another evergreen.