You are here: Home › Often the Larger Picture is Universal Life Enhanced. . . . .
By Veronica Hallissey on February 6, 2022 in Essays, Lesson, Love, Poetry, Touchstone 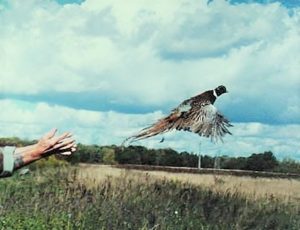 What I have learned in these past times is that there are some things that cannot be improved upon.  Whether a recipe that has been perfected or something written that has stood the test of my time, meaning my physical life.  This is one of them.  And my measure has been my life of almost 91 years.  As I often ask my beleaguered son, how close to a hundred do I have to get?  And he answers you are not there yet.  So, I reprint this with gratitude to my teachers, the muses and whoever holds the sparklers.  With love and a deep AAhh  MMenn.

Jon Meacham, historian, told the story of when President Reagan was in the hospital after being shot, he was wiping up some water in the bathroom when a surprised visiting President Bush asked him what he was doing.  I spilled water and I didn’t want the nurse to get blamed for it he said.

These are the small things about us that we leave as our legacy.  Not the big things that we sometimes are noted for.  Not always the Salk vaccine that Jonas Salk saved the world from polio but the Conscious Evolution he taught I came across in the interview when he wanted to save humanity from themselves.

We are beyond the times of physical survival as such evidenced by growing numbers.  Now we must emphasize the human values we do not have time for that are taken by devices with addicting instant gratification.  Or even casual relations we indulge in that make us not proud.

Where conscious action determines the potential in human behavior across the planet because we cared enough to do something right and good that enhanced life for just one person.   Because of its inherent goodness, it became a lifesaving principle for all humanity.

And the small, light touch I wrote about that I appreciate as you put your hand on the small of my back to help me up the curb.  It is a small curb to viewers but to me a mountain to climb.   You know the why of the kiss on your forehead as you depart telling me that you are not feverish.

As I see you both hug your loves with a quick crush to let them know the strength of your arms in that loving moment.  The small things that will be your legacy also.

That will be the difference we make, we all make in lives we touch even perfunctorily.  Seemingly innocuous, seemingly without feeling.  But it makes in enormity, the teaching lesson confirming to us that we are of worth, that we are good.  (it is my song, vrh)

Sometimes in looking back
to grasp meaning. . . .
the uneventful brims with it.

The small deeds by the young
take on logistics of magnitude.

The small bouquet often picked
from the neighbor’s garden
is innocently given with largess of heart.

It is no small thing
when the child says I will do it. . . .
and unburdens the caregiver.

It is in the uneventful
that the heart grows in understanding,
when the lesson becomes the food on the plate.

Not good to look back?
How else to learn what life has taught
and perhaps we learn what not to repeat?

It bodes well to forgive when harshness
makes brittle the connections,
but in the smallest detail,
in the dailyness of the commonplace, we grow.

And the soul leaps forward and universal life is greatly enhanced.

photo by the late Diane Rybacki
but forever a sister. . . .