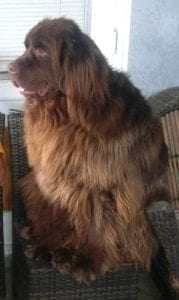 A friend and I discussed how difficult it was for humans not to think we are the most intelligent of beings.  Of course he said, no matter what color they are, people think other beings cannot be intelligent.

In Doris Lessing’s Shikasta series, Klorathy said the most intelligent were beings without mouths and had tentacles for speaking at the end of their hands.

In a February 2014  journal I scribed. . . . What if we were to introduce a creature of high intelligence but other than what you  think about and say to you this is how you are in a different focus?  What if you are shown in dreams how you appear to us whom you consider teachers and yet grant intelligence of the highest kind?  What would you think then?  Can you visualize what we see when we envision your form?  What can you bring to mind?. . . .

I edited my answer for space. (It is outside my frame of reference.  I can only conjure up with specifics.  Lessing used language as a measure and even then I need a dictionary.  For words like dwarf or bulk or wide or silvery, these I visualize. )

Work today 5.7.20. . I scribed  . . .  beginning what you wish as differences in appearance, we would tell you not to worry about what is fashionable.  Not to worry about what your hair looks like.  Except you think what you are comfortable with.  And right you are.  Not to be outlandish and draw attention to how you differ in appearance is one less thing you contend with.

But we take it from there.  Fashionable on a daily basis you think not.  It requires too much energy you find wanting.  But cleanliness is crucial to you.  To others who have no water to drink, cleanliness is luxury.

But many would find it difficult to pay attention to intelligence should they find a dirty exterior.  Yet worlds there are, where this is not a factual but a luxury again.  It would take awhile to put the olfactories to sleep and pay attention to thought.  And there is the matter of speech making a big difference.

Talk about the recent experience with the Newfie, Leroy.

This is mine and it surprises me for this to come up now. . .  (last week upon awaking I found Leroy out in the garage with son John and I greeted him with how well Leroy was.  {in his recovery after blowing out two legs before Christmas 2019}  He yodeled his greeting as he happily now does.

When I came in to get his breakfast I realized he transferred a picture to me when he yodeled and it was of yesterday when I rubbed him down with moisturizer to oil his skin and new fur, having been shaved for surgery.  He loves hands on massaging.  I thought immediately of the woman who talked to cows whose name I could not bring up.  I googled and found Temple Grandin , whose talents were the bedrock of much needed improvement in slaughterhouses.

Since Leroy’s surgeries he is again a happy camper.  He yodels in prelude to mind pictures voicing his wants.  He is a case study for me in spades and in transferring thought with pictures worth 10,000 words.

Leroy brought to mind other dogs and journal entries when thought impressions occurred.  I learned their needs and went about doing those.  But this time I made the vivid connection with Temple Grandin.

(5.29.2020….It is not surprising  now that I scribed the teacher asking about Leroy since we were into how important speech is.  I had already journaled the mental picture with the yodel. Even now I see that our other dogs often did transfer pictures I accepted, though never called them intentional communication.   I just knew and acted.  In hindsight with today’s understanding of what all I was able to do that was not common, it would have blown my mind.