You are here: Home › I Crashed The Gates. . . .
By Veronica Hallissey on October 3, 2021 in Observations, scribed lectures, Touchstone 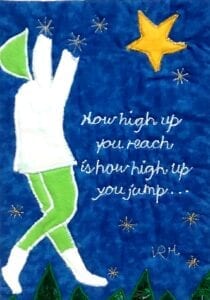 I have spent time in why I have reached some conclusions and also wish to write a post to explain a bit about my ability to scribe.  I have been into scribing since the ‘60’s and even have the first poem, almost committed to memory.  And that is not an easy mode for me, to memorize.

The scribing, which is the ancient art that produced sacred words no one reads in the Bible which is housed in almost every home,, with tools an old lady should not know how to use or should have forgotten by this time.

And why was I nudged into journal keeping?  I never had kept notes before as a  younger but when the children came and being married to a community worker who was never home, I was the parent on premise and did not want sons needing to explain their mother’s inadequacies.

In my terminus, I need to look back and see a life involved on many levels.  There was the parent and person and property manager, home maintenance and laundry, pressing expert and good cooker,  yard keeper as well as appearing publicly of course; dressed, not in sweats.  And sometimes all in the same week.  Without journals I would say it  did not happen.  Could not.

When I was in my study time when the family slept, whole versions of what I heard or was in duelogue with I wrote as fast as I could.  Much later I learned it called scribing.  And what seemed a  fault because I felt isolated, turned into a godsend for me.

On July 21,’90—I scribed. . . It has strengthened you beyond measure and given rise to talents long thought to be dead.  Yet here we are participating in an event of ancient times with legendary systems operating.  Yet in today’s language and the use of the computer, how to explain it?  No need, not in your time.

Listen  God, you said this morning.  I am here and this is what is going on.  It is a wise soul to bring oneself into position to be listened to.  Remember, that to reach the point of confrontation, it had to be real.  Your memories, however obtuse had to rise and be accounted for.  The memories are valid, complete with the ones of adjusted time frames where you are.  Complete with the agonies produced and dismissed.  For in their time, they were sufficient.

Listen god, you will say and we will listen.  The Great Spirit harkens to the sound when the position is thought through and the footwork completed.  We love as avidly as you .  Go and bless the good day.