You are here: Home › The Cost Of War. . .don’t get me started. . .
By Veronica Hallissey on April 1, 2022 in Essays, Lesson, Touchstone, Uncategorized 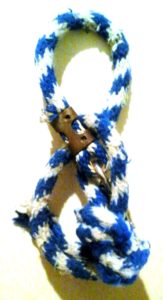 She was little more than a toddler.  She was plain, even mousy by standards of beauty deemed for the very few.  Stringy hair, hazel eyes with poor sight even and not the porcelain English complexion esteemed by her heritage.  Left with her brother in Scotland while her mother set out for Canada to set up housekeeping for a husband wounded in the first world war and sent to a Toronto hospital for care. Left too long for the toddler, for when she and her brother were sent to travel the ocean with hired friends, she arrived to find herself no longer the center of interest.

Arriving to find a new sister, with blue eyes, curly blond locks and a porcelain skin already called ‘doll’ because of her exquisite English heritage.  Welcomed the first sister was with acknowledgment that she was a big sister to look out for the ‘doll’.  Her cry was ‘I’m little, too!’ and would be for almost a hundred years.

Heartbreaking, but pathetic also, to the generations listening powerless to untie the knots that were tied by circumstances only those who tied them could untie.  To hear an octogenarian  begin every explanation of her life with those words, ‘I’m little, too!’ and need to be parented by everyone regardless of age was an uncomfortable position for everyone.   Requiring always to be center, even when birthing her only child and stealing from his father the parental love and caring necessary for his growth.

The girl toddler grown aged never made peace even with her own son.  Always displaced she was, shunted aside for every newly minted child coming into the family.  Hers was a life of pampering the aging psyche forever the child by a husband who could care for only one.  He learned too late for him with no time left, the unhealthy conditions for everyone.  And how what was not done left the shouldering of burdens on the unsuspecting coming into the family.

We learn ‘suffer the little children’ with the words taking root and no one thinking that the conditions of the beatitude would take forever to unearth.  No one thought we would perpetrate upon our progeny burdens that would make leaden their feet and prevent growth.  We would fertilize beliefs that we must assuage the anguish of the ancestors and give them what was owed.  Hence we prepare the ground for more bloodshed.

Do circumstances of our lives provide the fodder for weapons of war and peace and goodwill are the two weeks of grace given as reward at the end of the year?  I don’t think that was the intent when the prophecy was fulfilled.  We have to grow up sometime.  Else the stagnation persists and evolution is halted.  Think on it.  This small instance of one little girl is multiplied forever anon.  The cost of war?  Don’t get me started.. . .

Excerpt from the
Knotted Family Ties. . .

I close the shutters and pull up the steps.
I learn to live in my own house.
I stay my time and do what is mine.

Jesus, it hurts to watch and be able to do nothing.