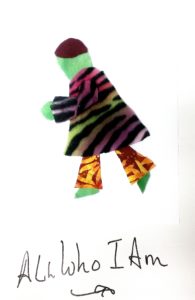 The Kabbalah, practiced before Judaism, states that death is not final.  When the Sages died, they simply went into the next room.  Seekers then could enter and ask their questions and converse.   Scribing was done by the chosen seekers .  I have scribed for a long time and many do and call it automatic writing with many trips to the bank. The difference is on how deeply one is able to focus.  When questioned I was told it is a quirk of mind.  The following was scribed on July 24, 1984.

“I asked. . . was it a different world?  It was.  It was a world where belief had the power of logic, where prayer was direct communication with what was the belief of the time, where the arch angels stepped between man and his desires and procured them for the supplicant.  It was all these things and more.  Man did not roam the earth without anchor at will or put his faith in machines which mimicked his mind.  He conquered what needed to be conquered with the virtue within.  He did these things because he did not know he could not do them.  With all that he was, he could do anything.”

The following is a conclusion I reached by study and discipline and teaching by good scholars.  The footwork was more than a half century trudged.  Not a happenstance but a Given with due regard.  I have no credentials but offer these to thought and explanation.  It is my logic on our coats of many colors.

Joseph was one of many brothers.  He was special to their father Jacob and was given a coat of many colors.  This coat was envied by the brothers and caused jealousy.  They talked of doing away with him.

The story is already written but what I am Given is a reason for this.  I assume Jacob, the father, was versed in sacred scripture and conversed with peers.  So when Joseph was of age, his father gave him a coat of many colors.  To those of mind, it was because  Joseph had memory of prior lives lived, in skins of many colors for the times chosen and worlds.

This was only a Given after many years of study.   Skin color, race, geography, nationality, all the possessive fractions are these where humans are sensitive and have not worked out personal prejudices due at best to personal grievances.  It is an area of mind and behavior where children are born indifferent and accepting of all and should be a Light to us.  Hate and prejudice are first  lessons taught from the beginning by parental grievances.   It undermines all the insistence teachers preach on the values of love and kindness.  Hate is for a child, gut wrenching, and the cause of much vomiting mornings before school.

My mentor, the Nazarene, could only speak of life everlasting.  To the each, the subject varied and had meaning only to the thoughtful. Others let those who were paid big monies do the discerning.  Logic prevailed and the only viable answer was the skin of many colors.

I wrote All Who I Am in the  summer of 1982.  It was only recently I ventured the poem onto my blog .  I identified with the black woman running late with breasts  flapping onto bare skin to the anger of the mate waiting . . .related to the man walking his camel in the desert  being harvest for the flies,  identifying with the Polish woman kneading her bread . . . I am relating to all in the poem and knowing them intimately not as second skin, but intimate skin  through many lifetimes.

It will be said that my imagination is vivid.  And that was a Given also, that imagination is memory with icons signifying their substance.  Another time for that subject.  Our memory banks are full of treasures for those who will focus within the closet of themselves for treasure hunting.  The only requirement?

Only a bucket of courage and hopefully a support system.  And lots of Amen and Amen.